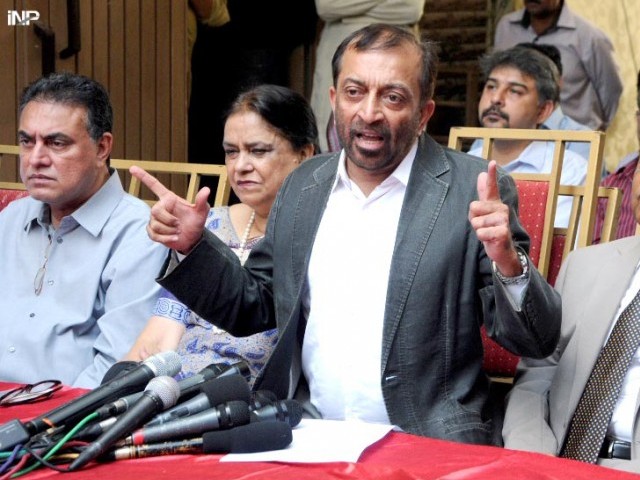 Babar Sattar, counsel for Sattar, argued that according to law, the ECP has no jurisdiction over internal party matters.

“MQM-P is officially listed under Farooq Sattar’s name at the ECP,” he added.

“If another person claims ownership of the party, they are to approach a civil judge, the ECP can’t hear such cases,” Babar argued further. “If required, we are willing to hold the intraparty elections again.”

Yesterday, the former convener and party leader of MQM-P filed a petition in the IHC against ECP’s decision to remove him as party convener.

In the petition filed, Sattar maintained that he was ‘illegally’ removed as the party head on February 11 by members of MQM-P’s Central Coordination Committee (CCC).

“The said illegal removal was confirmed by the learned ECP in its March 26 order,” the petition read.

Have dreamed of coming back to Pakistan for five years: Malala Yousafzai