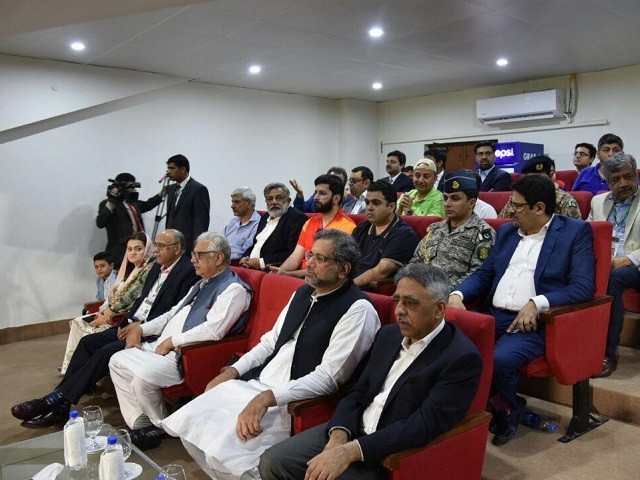 After nearly 10 years, amidst high security and in the presence of a jam-packed crowd, Karachi is bracing itself for the PSL third edition’s final today. 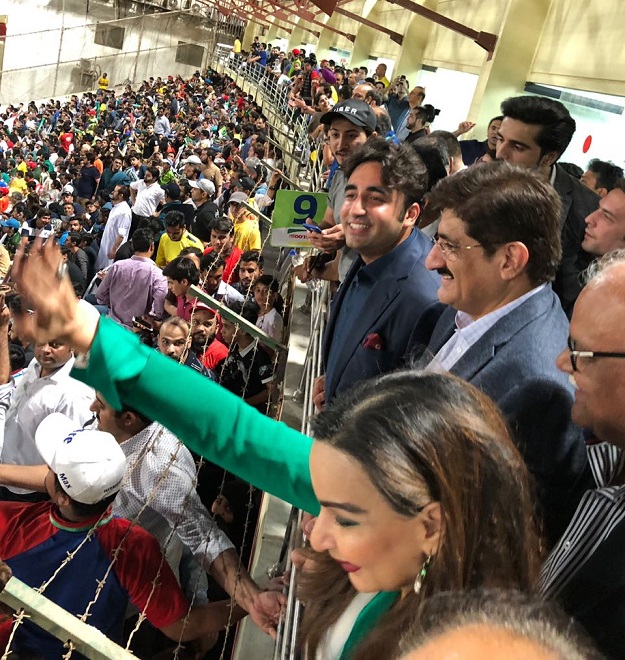 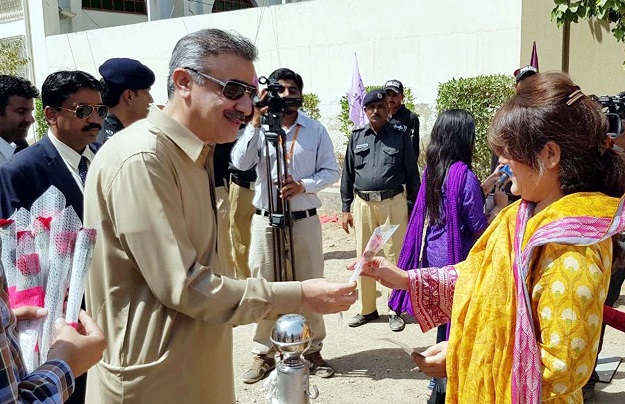 Thousands of spectators have packed the stadium. More than 200 buses were providing transport services to the attendees.

Sindh Chief Minister Murad Ali Shah conducted an aerial inspection of the security set-up for the match. He also reviewed the parking and other facilities provided to spectators. 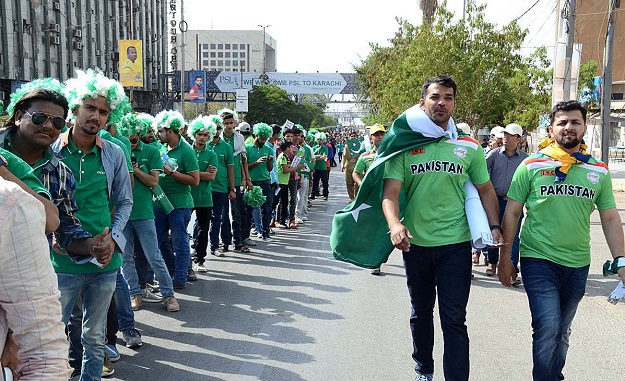 Big screens for live match have been installed at around one dozen locations in the city. Musical concert and fireworks is also planned at the end of the match.

Mobile toilets are also installed at six parking zones. Besides aerial surveillance, the movement outside and inside the stadium is being monitored through 80 CCTV cameras. 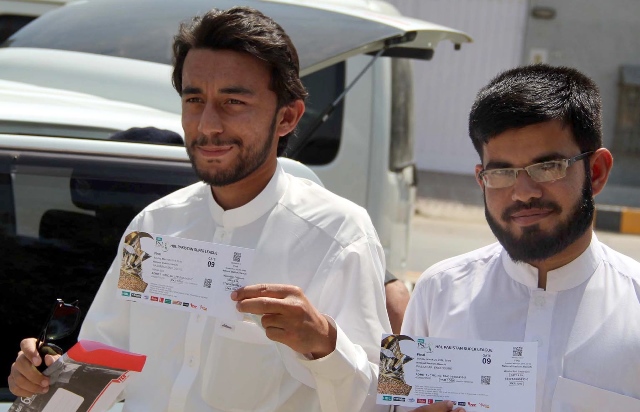 People arrive at the National Stadium for the PSL final. PHOTO: ONLINE

The roads have been closed from Millennium Mall to Dalmia, New town to Stadium, Essa Nagri to Stadium and from Hassan square to Stadium road. The traffic has been diverted from given alternate routes in a traffic plan press released. The traffic is plying only from University to New Town now.

PSL Final brings more glitters to ‘City of Lights’. Thanks to PCB, foreign players, govt administration, security apparatus and the resilient Pakistanis. Terrorism imposed on us is on the way out; we are on the way to our rightful destination of enduring peace and stability, IA.

Daughter of former prime minister Nawaz Sharif, Maryam Nawaz congratulated the citizens of Quaid’s city in a tweet. She said extortion, terrorism, Targeted-killing and darkness have been replaced with lights, colours, games and peace in the city.

“This is the difference between Pakistan of 2013 and 2018,” she added in another tweet.

Meanwhile, Punjab Chief Minister Shehbaz Sharif advised the foreign players not to miss out on trying traditional ‘Bundu Khan Ke Kebab’ while they are still in Karachi.

National Stadium Karachi will b hosting its 1st major cricketing event in 9 years. Today, our people's resilience and passion for cricket won over fear. Good luck to both the teams & the people of Karachi for hosting it. My advice 2 foreign players: DONT MISS BUNDU KHAN KE KEBAB!

The Pakistan Cricket Board (PCB) had announced that the match will begin at 8pm and the gates will close at 7pm just before the start of the tournament’s closing ceremony.

The city was not immune to the Pakistan Super League fever as roads and monuments in the city are lit up and decorated, adding to the festive atmosphere.

Cardboard cut-outs of superstars taking part in the tournament are lining major streets and avenues leading to the site of the final.

Major hotels and monuments have also been decked beautifully with lights, attracting commuters as well as residents.

The festivities are expected to continue till the end of the match late tonight.

Sindh Chief Minister Murad Ali Shah had invited the country’s top leadership to attend the final. The chief minister wrote letters to the president of Pakistan, the prime minister, the army chief along with chief ministers and governors of other provinces. 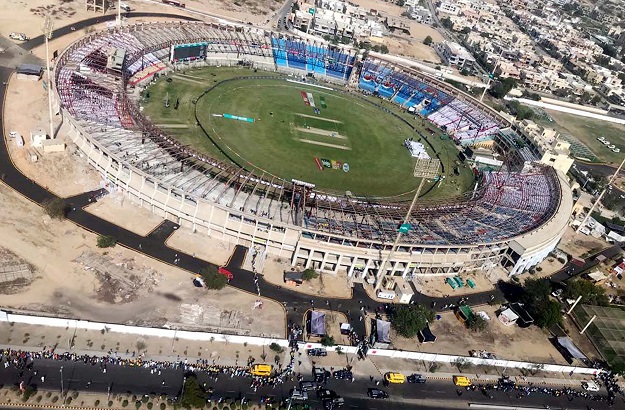 Man axes his four children to death in Gujrat