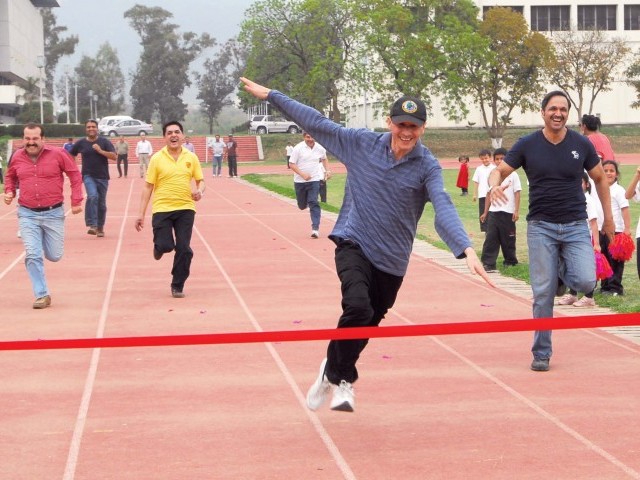 MARDAN: The sole Government Girl’s Cadet College of the country in Mardan held its first parents day where they witnessed their children get awards for excellence in academic and sports competitions.

Parents from across the country participated in the event as their children performed in the different competitions to boost their morale. Student, decked out in crisp cadet uniforms participated in a parade. Apart from displaying their skills, the cadets shared their vision of the future.

Earlier, while addressing the participants, the Khyber-Pakhtunkhwa Minister for Elementary and Secondary Education Atif Khan praised the achievements of the first girls Cadet College, made in a short span of time.

“Today, I am very happy to see a college, which I had inaugurated, has made such progress,” he gushed.

In this regard, he said that a permanent building for the college would be completed within a span of two years at a cost of Rs2.39 billion.

Briefing about the college, GCCM Principal Brigadier (retired) Javed Sarwar said that college had started working as a temporary campus from May 2017. The college will move to its permanent campus, being built in Takhtabai sprawling over an area of 33 acres, once it is complete.

He tipped his hat to Atif for creating the college as part of the incumbent government’s educational reforms in the province.