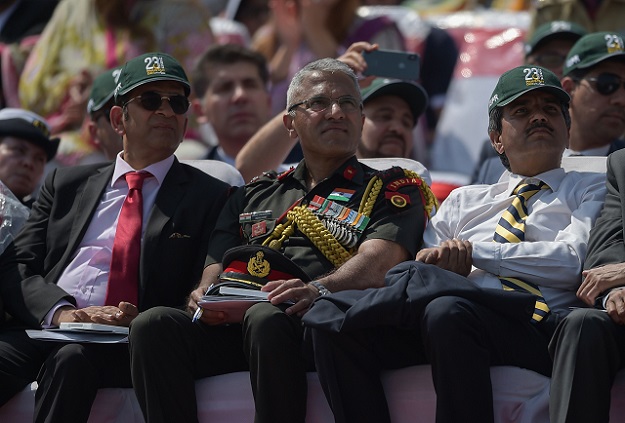 Amid heightened tensions between the two neighbouring countries, the Pakistan Army invited, for the first time, Indian Defence Attache and senior diplomats of the Indian High Commission to join March 23 celebrations, a senior military official told The Express Tribune.

Speaking on condition of anonymity, the official revealed that it was an initiative of Chief of Army Staff (COAS) General Qamar Javed Bajwa aimed to send a peace message to India.

The purpose behind inviting Indian military representatives is to send a message that while Pakistan “stands for peace”, it is also ready to defend every inch of the country in case of any misadventure, he said.

The move comes at a time when tensions have been simmering between Islamabad and New Delhi for months with frequent incidents of clashes along the Line of Control (LoC) and Working Boundary (WB).

While the army chief is believed to be in favour of improved ties, the ball is now in India’s court to see how the unprecedented gesture will be reciprocated.