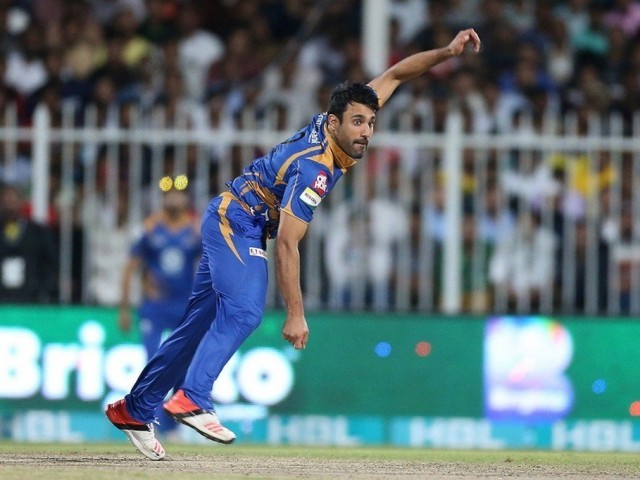 Happy to be here: Bopara has praised the reception he and the other international players have received in Pakistan. PHOTO COURTESY: PSL

LAHORE: Karachi Kings are eyeing their first-ever final after arriving in Lahore on March 20 for their crunch game on Wednesday at the Gaddafi Stadium.

Of the teams that have qualified for the playoffs, the Pakistan Super League (PSL) franchise is the only that is yet to play in the final, and will be looking to make amends for their huge eight-wicket defeat against Islamabad United in the first playoff.

Karachi enter the second eliminator with most of their international players having travelled with them to Pakistan and will be eager to put the Luke Ronchi-inspired annihilation behind them.

“We are here in Lahore with our international players and will be looking to go into the game with the strongest possible team in order to reach the final,” Karachi team manager Naveed Rasheed told The Express Tribune. “We arrived a day early in order to watch the first eliminator as well as observe how the pitch behaves. We believe this will really help us in our match. We are confident of reaching the final and facing Islamabad United again.”

England skipper Eoin Morgan is the only Karachi Kings’ foreign star to not travel with the side to Pakistan, leaving skipper Imad Wasim and coach Mickey Arthur with Joe Denly, Ravi Bopara, Tymal Mills, Colin Ingram, Devid Wiese and Lendl Simmons to choose from.

“We are really pleased to be here in Pakistan. The warm welcome we received and the welcoming messages we have received have made this one of the most rewarding experiences of our lives,” said Bopara. “I witnessed this before when I visited Karachi last month and now the other players have also experienced this. I am glad that they are happy to be here.”

Peshawar knock Quetta out of PSL3 in thriller

Bopara, Karachi’s standout player across the three seasons, added that the players are motivated and confident about the playoffs and are eager to go to Karachi in order to play in front of their home crowd.  “We just want to win this game and see what the people of Karachi have in store for us,” he added.

Karachi’s emerging player Muhammad Irfan Junior, meanwhile, is looking forward to playing in his hometown Lahore. “It has always been my dream to play in Lahore with international players and entertain the entire nation,” he said.

The former Lahore Qalandars pacer also discussed his unique celebration style. “My celebration style is a reference to a traditional style of celebration in the Punjab. Now that I will be playing in front of my people, I am so desperate to take a wicket and celebrate it that way,” he said.

The 22-year-old bowler believes that this has been a good season for him and is aiming to finish in the top five wicket-takers of PSL 3. “I have been able to help my team win matches, which is an achievement for me,” he said. “A win in the next match will take us into the finals so I am fired up about claiming more wickets in order to help my team reach the final and finish among the top five wicket-takers.”