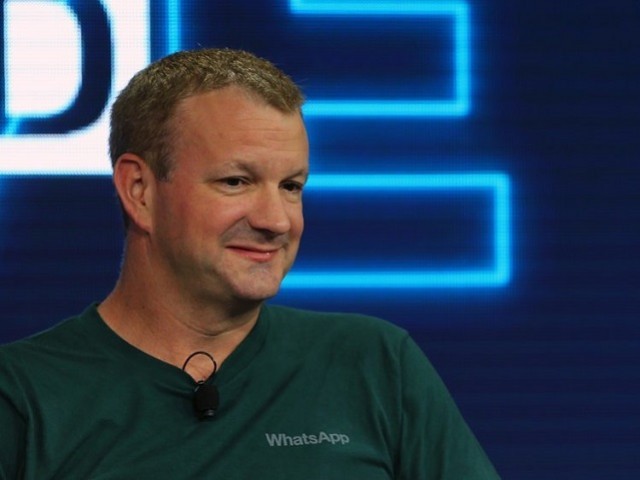 In a message on Twitter, Acton said “it is time” after the social media giant found itself in the middle of a surveillance controversy on Sunday.

It is time. #deletefacebook

According to a joint investigation by The New York Times and Britain’s Observer, Cambridge Analytica — a firm employed by US President Donald Trump as part of the election campaign — was able to create psychological profiles on 50 million Facebook users through the use of a personality prediction app that was downloaded by 270,000 people.

The firm has denied misusing Facebook data for the Trump campaign.

Facebook’s market valuation fell by roughly $50 billion on Monday with Zuckerberg’s personal fortune falling by $4.9 billion according to a Bloomberg report.

The social media giant purchased WhatsApp in 2014 in a deal for cash and stocks worth $19 billion.

The hashtag #DeleteFacebook has gone viral on Twitter with users sharing their resentment for Facebook in light of the controversy.

I’m trying this, installed Telegram, G+, etc, but some of my friends and family are addicted to Zuckerberg apps.

Life is short.
Delete Facebook.
Tell your loved-ones you love them.
Question everything.
Go out and experience the world.#DeleteFacebook

#DeleteFacebook FAKEBOOK SOLD YOU ALL OUT, WHY BECAUSE THEY COULD. SOLD YOUR DATA AND PUT YOU ALL AT RISK. THIS IS A COMPANY YOU REALLY WANT TO DO BUSINESS WITH? NOT ME NEVER FAKEBOOK! pic.twitter.com/WgRjJwHDm2

Deleted in 2010. Guess I’m finally an early adopter for something.

Deleted a few times and came back.

I did 4 years ago!! #DeleteFacebook

Some users found it ironic that creators of social media platforms are now asking users to reject it.

Never bite the hand that feeds you. This tweet is the embodiment of ungratefulness and disloyalty. You guys get 60 billion+ in $FB stock for creating an improved AIM messenger and now turn your back on people that made you rich! Very sad to see

Zuck is looking at this like: “Et tu, Brian?”
😂 pic.twitter.com/nZKje2C2fl

Either way, its safe to say Facebook has found itself in a controversy that may affect its future user base.