Urdu versio­n of the song has been sung by Shafqa­t Amanat Ali Khan
By News Desk
Published: March 21, 2018
Tweet Email 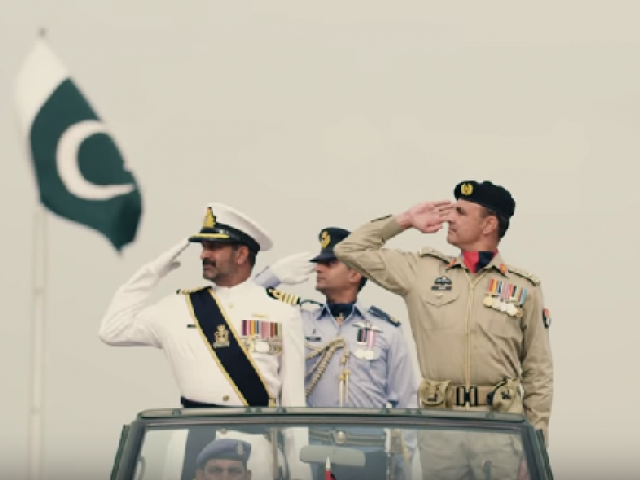 As the nation prepares to celebrate Pakistan Day, Inter-Services Public Relations (ISPR) has released a song in connection with the 78th anniversary of the adoption of the Lahore Resolution.

The theme of the song is ‘Amman ka Nishan Hamara Pakistan’. Besides the national language, the song has also been released in all regional languages.

The Urdu version of the song has been sung by Shafqat Amanat Ali Khan. The song is available in six other Pakistani languages including Punjabi, Sindhi, Pashto, Balochi, Balti and Kashmiri.

This is not the first time the military’s media wing has released a video on a special occasion.

They released a special video to mark the 142nd birth anniversary of Quaid-e-Azam Muhammad Ali Jinnah. The footage began with commemorating the ideology of the poet of the nation Allama Muhammad Iqbal and goes on to depict the struggle culminating in the creation of Pakistan.