US Senate blocks bid to end military involvement in Yemen

US Senate blocks bid to end military involvement in Yemen 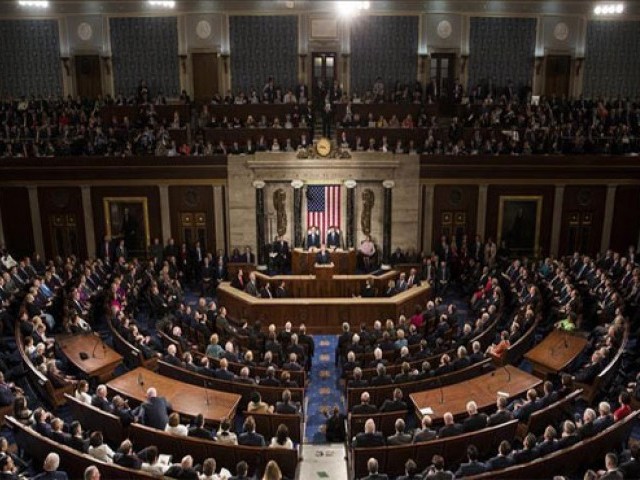 WASHINGTON DC: The US Senate on Tuesday rejected a bipartisan bid to end American involvement in Yemen’s civil war, voting down a rare effort to overrule presidential military authorization.

The vote addressing American war powers had aimed to shut down US military involvement in Yemen within a month unless Congress formally authorized continued involvement.

Senators voted 55-44 to kill the bid after the Senate’s Republican leadership and key figures from both parties on the Senate Foreign Relations Committee came out against it.

But the vote served to highlight US involvement in a three-year-old military conflict in the Middle East’s poorest country, which the United Nations has described as the world’s largest humanitarian disaster.

The US has provided weapons, intelligence and aerial refueling to the Saudi-led coalition supporting Yemen’s government against Iran-backed rebels.

Some US lawmakers have long expressed concern about the conflict, where civilian casualties from coalition air strikes have drawn criticism from rights groups.

The resolution, sponsored by independent Senator Bernie Sanders and 14 others, forced the first-ever vote in the Senate to withdraw US armed forces from what sponsors labelled an “unauthorized” war.

“If Congress wants to go to war in Yemen or any place else, vote to go to war,” Sanders said Tuesday.

Senators to force vote against US involvement in Yemen war

Supporters of the Senate measure argued that Yemen was the latest hot spot where the Pentagon was engaged under an authorisation to use military force (AUMF) that Congress first passed on September 14, 2001, three days after the deadly attacks on New York and Washington by al Qaeda hijackers.

Since then, presidents George W Bush, Barack Obama and now Donald Trump have relied on the order’s authority, along with a subsequent AUMF in 2002, as the basis for operations against armed groups.

While the vote failed, it put deliberations over a new AUMF into the congressional spotlight.

“Let us work our will in the appropriate way,” the Republican Corker told colleagues.

He explained that the committee would hold hearings on Yemen next month and on April 19 would consider a new AUMF that could authorize US involvement there.

“To me that’s a much better route.”

The vote could have caused deep diplomatic embarrassment as it came on the day Trump hosted Saudi Crown Prince Mohammed bin Salman at the White House.

Lee stressed it was important to understand that the resolution in question “would not impede the military’s ability to fight terror groups like ISIS (the Islamic State) inside Yemen.”

US Defense Secretary Jim Mattis last week asked Congress not to interfere with America’s role in the war, warning that restrictions could increase civilian casualties, jeopardize counterterrorism cooperation, and “reduce our influence with the Saudis.”

More than 9,200 people have been killed and tens of thousands wounded in Yemen’s three-year-old war, which is seen as both a civil conflict and a proxy war between regional titans Saudi Arabia and Iran.

Senate Majority Leader Mitch McConnell opposed the measure, insisting that US forces “are not engaged in exchanges of fire with hostile forces” in Yemen.

He added: “The refueling of aircraft over the Red Sea does not equate to introducing US forces into hostilities, nor does intelligence sharing.”

But Sanders disputed suggestions that the US was not engaged in conflict.

“Tell that to the people of Yemen, whose homes and lives are being destroyed by weapons marked ‘Made in the USA,’ dropped by planes being refueled by the US military, on targets chosen with US assistance,” Sanders said.

Hawking’s ashes to be buried near graves of Newton, Darwin