Another body formed for ‘CPEC promotion’ with Rs339 million budget

Another body formed for ‘CPEC promotion’ with Rs339 million budget 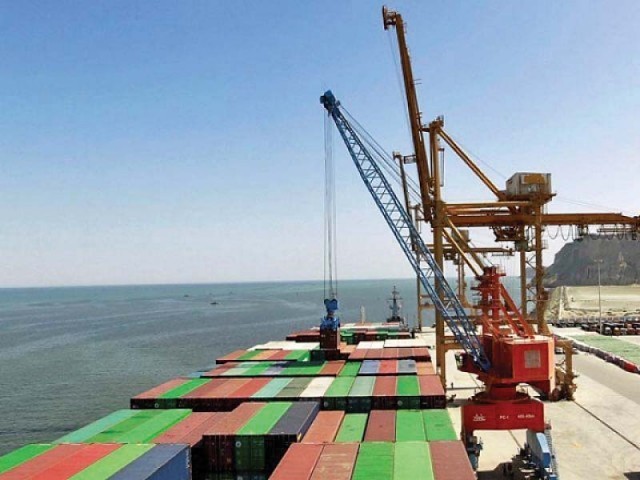 In order to take forward industrial cooperation, a long-term plan is required followed by a detailed action plan to achieve the desired results, the BOI wrote in its project document. PHOTO: REUTERS

ISLAMABAD: In what appears to be sheer wastage of taxpayers’ money, the government set aside on Monday Rs339 million for another project meant for “strengthening industrial cooperation” under the China-Pakistan Economic Corridor (CPEC).

The Central Development Working Party (CDWP) approved the three-year CPEC Industrial Cooperation Development Project at a cost of Rs339.3 million, according to the planning ministry. However, the tasks mentioned in the PC-I of the project are either the responsibility of the Board of Investment (BOI) or have already been completed.

The project will be executed by the BOI, which is also the Secretariat for Industrial Cooperation under CPEC. It is feared that the project will also divert the government’s attention from core issues that have so far hampered progress on CPEC-prioritised special economic zones (SEZs).

These core issues include the government’s taxation policies, incentive packages for Chinese investors and selection of sites for industrial zones and their management by the provinces. Some of these issues are related to the provinces and cannot be resolved through the CPEC Industrial Cooperation Project, said sources in the BOI.

On Saturday, CDWP Chairman Sartaj Aziz, who is also the deputy chairman of the Planning Commission, stated that the success of industrial cooperation under CPEC initiative hinged on formation of joint ventures between Pakistani and Chinese investors.

“The main objectives of the project inter alia are formulation of a long-term industrial cooperation plan till 2030, carrying out research studies and identifying investment opportunities for the establishment of SEZs,” according to the PC-I of the project.

However, Pakistan and China have already approved CPEC’s Long-Term Plan (LTP) till 2030. In addition to the officially approved LTP, there is a voluminous study by China Development Bank on the execution of the LTP including industrial cooperation.

“In order to take forward industrial cooperation, a long-term plan is required followed by a detailed action plan to achieve the desired results,” the BOI wrote in its project document.

To ensure that CPEC’s industrial zones are set up and are fully functional, the BOI will buy ten vehicles at a cost of Rs23.35 million despite the fact that development budget cannot be used for procuring cars. An amount of Rs5 million has been approved for fuel payments as well.

The project has been prepared and approved without first conducting a mandatory feasibility study. “The PC-I lacks breakdown of capital costs,” according to the Planning Commission’s observations.

The BOI had initially sought Rs786.5 million for carrying out this task in five years. After watering down its ambitions, the BOI submitted the revised PC-I of the project on Thursday, which the CDWP approved after just one working day.

The project has been conceived during the course of the fiscal year and does not have financial allocation in the current year’s PSDP. It has been approved for a period of three years.

The project is conceived as per decision of the 52nd CPEC Projects Progress Review meeting, chaired by Planning Minister Ahsan Iqbal, according to the BOI.

One of the activities proposed for the project is identifying the sites for setting up SEZs by the federal government. This task has already been completed. The project has been designed for CPEC SEZs but among the tasks are publicity campaigns and holding international road shows.

An amount of Rs35 million has been earmarked for advertisement and publicity and another Rs15 million for international tours. Additionally, Rs30 million have also been allocated for conducting local conferences. A total of Rs30 million would be disbursed as travel and daily allowances.

Despite the secretariat of the new project being set up in the BOI building, the government still approved Rs25.1 million as ‘renting office space’, Rs5 million for utility charges and Rs2 million for purchase of generators. A substantial amount of Rs30 million has been earmarked for purchase of office furniture and equipment.

The government’s motivating factors behind the project are said to be a lack of joint ventures between Pakistani and Chinese investors, low foreign direct investment (FDI), lack of market diversification and lack of complete business solutions to foreign investors.

Ironically, attracting FDI is the core responsibility of BOI.

The new project will also provide secretariat support for all activities of the Joint Working Group on Industrial Cooperation and other matters under CPEC, a task that the BOI has been successfully undertaking for the last three years.

It will also carry out research and feasibility studies for identification of investment opportunities for establishing the SEZs and other industrial projects, a task shared by the Joint Working Group on Industrial Cooperation.

The CPEC Centre of Excellence had earlier been set up for conducting CPEC-related research and studies at a cost of Rs1.2 billion.