'No new dam acceptable without consensus among all stakeholders'

'No new dam acceptable without consensus among all stakeholders' 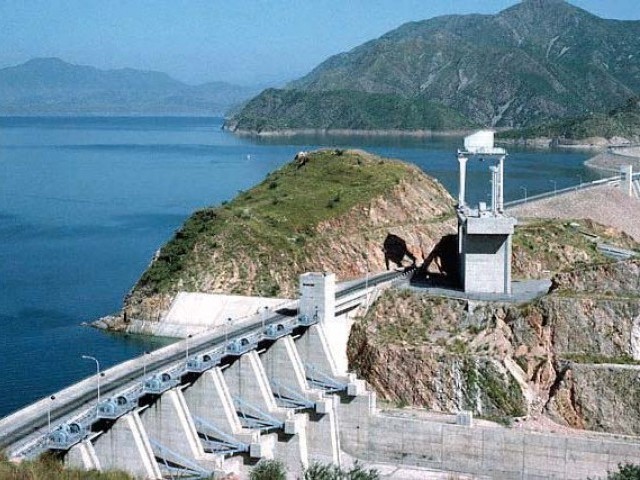 Sindh and Balochistan are already facing serious water issues, the CM said, adding that the construction of new storages or dams would exacerbate the water crisis in the two provinces. PHOTO: FILE

KARACHI: No new dam or water storage facility on the Indus River would be acceptable under the National Water Policy (NWP), unless a consensus is developed among all the stakeholders, particularly the lower riparian areas.

Chief Minister Murad Ali Shah said this while presiding over a preparatory meeting for the Council of Common Interests (CCI) meeting scheduled in Islamabad tomorrow (Wednesday),  in which the NWP will be discussed.

Irrigation Secretary Jamal Syed briefed the CM about amendments proposed by the Sindh government in the proposed NWP. He said the provincial government had proposed “to implement [the] Water Apportionment Accord, 1991 in true letter and spirit and prevent its provisions in para-2, from amendments or distortions”.

According to the secretary, the Centre did not incorporate an amendment suggested by the CM in the revised draft. The CM had proposed that in ordinary circumstances, provinces would be responsible for the repair and maintenance of flood protection dykes and drainage systems but in case of a catastrophic situation like what occurred during the 2010 flood, the federal government would provide supplementary funds. However, the proposal was not incorporated in the draft. The CM remarked that the proposed amendment was necessary and he would again take it up during the CCI meeting.

The meeting was informed that the CM’s proposal to build large dams only with the consensus of all federating units had also not been incorporated. To this, Shah said he would write a letter to the prime minister asking him to formulate a water policy under which new dams would not be allowed without the consensus of all stakeholders, particularly the lower riparian areas.

The CM also suggested a preface to the water policy. “This National Water Policy recognises the internationally accepted right of lower riparian [areas] on water. Any diversions or intervention in the smooth flow of water would not be allowed until and unless the consensus of all federating units, particularly the lower riparian [areas], is achieved,” read the proposed preface which he dictated to the irrigation secretary.

Sindh and Balochistan are already facing serious water issues, Shah said, adding that the construction of new storages or dams would exacerbate the water crisis in the two provinces. “We will not accept the new water policy until and unless our proposed amendment is incorporated in the new policy,” he said.

The Sindh government has also proposed the formation of National Water Council whose functions would be to review the NWP and help implement it. The council would also recommend legislation for the development and management of water resources in the country.

According to the proposal, the prime minister would be the council’s head, while its other members would include the federal water and power minister, federal climate change minister, federal national food security minister, chief ministers of all provinces, provincial irrigation ministers, private sector representatives and others. The Azad Jammu and Kashmir prime minister and Gilgit-Baltistan chief minister along with their irrigation or agriculture ministers would be invited to the council’s meetings as observers.

These suggestions should be incorporated in the NWP, the CM said. “I will take up all these issues in the CCI meeting with the objective to safeguard rights of smaller provinces, particularly the lower riparian [areas].”