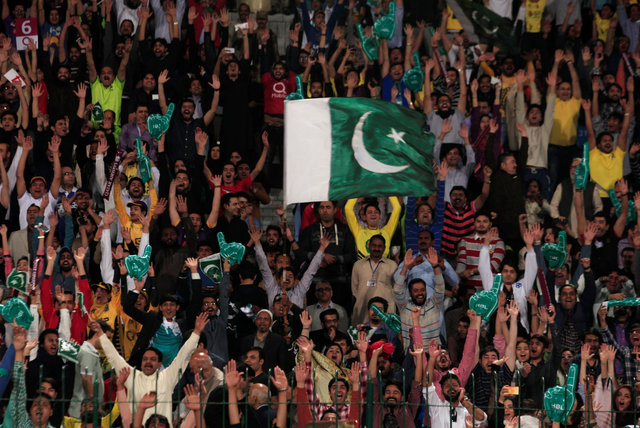 LAHORE: As the city gears up for Pakistan Super League (PSL) playoff match on Tuesday (today), the treasury benches request the International Cricket Council (ICC) to send more teams to Pakistan as it is a peaceful country. On the other hand, the opposition asked the Pakistan Cricket Board (PCB) to take strict action against those selling tickets in the black market.

The demands were put forward by two legislators Hina Pervez Butt of Pakistan Muslim League-Nawaz (PML-N) and Nabila Hakim Ali Khan of Pakistan Tehreek-e-Insaf (PTI) through their resolutions submitted in the Punjab Assembly on Monday.

“The PSL is a good sign, indicating the resumption of international cricket in Pakistan,” she said. The MPA added that the House requested the ICC to send more international teams to Pakistan to play cricket. “The country will ensure safety and security of the players during their stay in Pakistan.”

Talking to The Express Tribune, Butt said that the PSL was the biggest event of the country which is going to end soon. “In the near future, Pakistan will be the country where cricket teams from all the countries will come to play.”

Khan, in her resolution, complained that the business of selling black tickets is in full swing, while authorities concerned were playing the role of silent spectators.

“Selling tickets in black is not new, but it is a pity that nothing is being done to stop this practice which has truly disappointed cricket lovers. Tickets should be sold at actual prices, she added.

“PCB staff is also involved in black ticket selling. A ticket of Rs1,000 is being sold in Rs4,000, while the one of Rs4,000 is being sold for Rs8,000,” she claimed. She said the House demands the PCB take appropriate measures to stop this business and ensure distribution of tickets on actual cost. “A strict action should be taken against those selling tickets in black.”

Talking to The Express Tribune, Khan claimed that tickets were being distributed to bureaucrats and government officials rather than cricket lovers.

She said strict action should be taken against those who are allegedly involved in distributing tickets to the families of government officers and selling tickets at inflated prices.

Last year, international cricket returned to Pakistan after eight years and enthusiasts from all over the country thronged the Gaddafi Stadium to rejoice over the moment and watch the final faceoff between Peshawar Zalmi and Quetta Gladiators.

Amid tight security, the city wore a festive look with fans wearing shirts of the teams they were supporting.

At the time, Student Umaima Sultan, dressed up in a specially prepared purple dress with purple and golden face paint, had come to Gaddafi Stadium with her family.

“I have a bet with my brother that my team, Quetta Gladiators, will win the match. My father is also supporting me and my team while my mother is with my brother supporting Peshawar Zalmi,” she said smilingly. “There will be two battles today – one among the cricket players in the ground and the other among my family members.”

In 2017, the jubilation of cricket returning to Lahore was evident from the air of festivity. Qamar Zaman, a university scholar, was grateful to the Almighty that cricket had returned to the country after a long wait. “Pakistan has made history by hosting the PSL season II final in Lahore,” he believed. “Today’s event will prove that Pakistanis are a peaceful nation.”

Qamar added the atmosphere in the city was just like on eid day. “Whether Quetta Gladiators or Peshawar Zalmi bag the trophy, everyone is happy as Pakistan will win today,” he said.

Last year, social media platforms, like Twitter, Facebook and Instagram, were also abuzz with the PSL final. #CricketComesHome and #PSLFinalLahore were the top trending topics in Pakistan with fans sharing match day tickets and pictures of their favourite cricket stars and cricket teams.