Lessons rich parents teach their offspring to be successful

Lessons rich parents teach their offspring to be successful 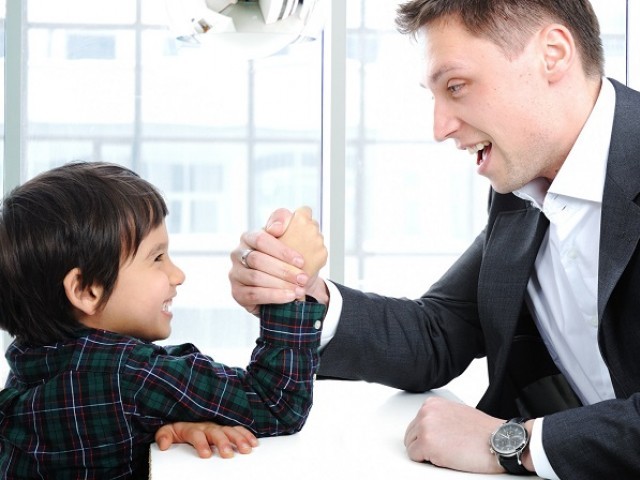 Children of rich parents usually do better than the average kids in life and one of the secrets behind their success is that they start thinking like the wealthy do, very early in their lives, says the self-made billionaire and author, Steve Siebold.

He has interviewed more than 1200 millionaire and billionaires over the last 30 years.

“Becoming financially independent will be the fight of your life. You’ll have to be willing to sacrifice your time, sleep and leisure to build something great,” writes Siebold. “It’s not glamorous or pretty. While your friends are out having fun, you’ll be working.”

The rich know that money flows from ideas and problem solving.

“While the masses solve small problems for their employers,” he says, “the rich solve significant problems and get compensated accordingly.”

“It’s simple. Solve a big problem, and the world will gladly turn their money over to you,” he stresses.

Expect to make it

High expectations are set by the wealthiest people.

“Almost every self-made I’ve interviewed over the past 30+ years has told me he expected to be rich,” writes Siebold. “You’ll want to do the same.”

“Expect to get rich in your 20s or 30s. … It’s not going to happen overnight, but it doesn’t have to take a lifetime. Your expectation will quicken the process and keep you on track.”

Surround yourself with successful people

What matters is who you hang out with.

“You need rich friends,” says Siebold. “The sheer exposure to their heightened level of awareness around everything related to wealth will dramatically expand your thinking.”

“Read their books, attend their events, donate to their charities … and whatever else you can do to gain introductions and build relationships.”

Fall in love with work

Choose your path carefully because your career affects aspects of your life.

“It’s difficult to invest the necessary time and energy into a profession that bores you or that has little meaning beyond money,” says Siebold. “Waking up everyday with excitement for going to work is a formula for financial abundance, emotional fulfillment, and life satisfaction.”

Yes most problems can be solved by money and the rich aren’t afraid to admit that.

“Being rich won’t make you happy, but it will solve 90 percent of your problems,” writes Siebold. “If you have a problem, and you can make it disappear by writing a check, you don’t have a problem. … Make your money by solving problems, and you’ll get rich enough to purchase your own problems away.”

“The rich are investors, not spenders,” says Siebold. “They invest their money today, so they’ll have more tomorrow.”

“If you like to play guitars, you might study the vintage guitar market. If you’re a baseball fan, look into investing in rare baseball cards. If you like dissecting stocks, you could study the stock market.”

You need to be disciplined enough to keep what you make otherwise you won’t be rich no matter how big your paycheck is.

“Excessive spending can ruin you,” warns Siebold. “It happens every day to people with millions of dollars at their disposal.”

“Just make sure you don’t overextend yourself in the process because that will put you on a treadmill of having and not having money.”

You deserve to make it

The masses think getting rich is only reserved for a few lucky people and the top earners tell themselves that they deserve to be rich.

“In a free market economy like America, if you serve enough people and solve enough problems, you deserve to be rich,” says Siebold.

“The only people who tell you that the self-made rich don’t deserve it are people that have never done it. Believe me, by the time you get rich, you’ll be convinced that you’ve earned it.”

Opportunity and money and limitless

“If earning money is based on solving problems, and the number of problems is infinite, then your ability to earn money is infinite,” says Siebold.

“Reject the mass belief that money is a scarce resource. … It’s not. What is scarce are people with solutions that others want to buy, and that’s what you need to master.”

“The masses spend their time, while the rich invest in it,” says Siebold

“Spend your time basking in entertainment, and you will struggle your entire life financially. Invest your time creating solutions to people’s problems, and you’ll never lose a minutes sleep worrying about how to pay the mortgage.”

Generating multiple revenue streams is the quickest way to get rich.

“Total focus on money might lead you to do anything to get it, so I don’t recommend that approach,” says Siebold. “Instead, decide to match your talents and interests with a problem people will pay you to solve and go to work until you succeed. This formula offers you the fulfillment of doing work you love while profiting from solving other people’s problems.”

Rich people are not always smarter

“Most of the rich people are no brighter than the average person struggling to make ends meet,” says Siebold.

Where can Karachi make more money

“Getting rich is less about intellect and more about focusing on the accumulation of wealth.”

“Wealth gives you the power to make your own rules, as long as they don’t break any laws or hurt any people. It may not make you any happier, but it will certainly give you the freedom you deserve.”