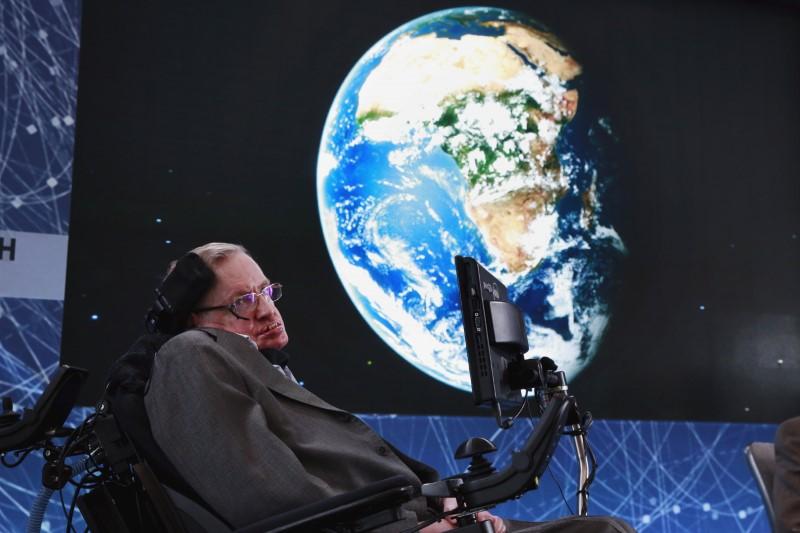 Physicist Stephen Hawking sits on stage during an announcement of the Breakthrough Starshot initiative with investor Yuri Milner in New York. PHOTO: REUTERS
India’s Science and Technology Minister Harsh Vardhan on Friday claimed that scientist Stephen Hawking, who died on Wednesday, had said the Vedas have a theory superior to Albert Einstein’s famous theory of relativity, PTI reported.

Vedas are a sacred Hindu text, a large body of knowledge originating in the ancient Indian subcontinent.

“He also emphatically said on record that our Vedas might have a theory that is superior to Einstein’s theory of relativity,” he added.

No power in the world can separate Kashmir from India: Rajnath Singh

When questioned about the source of this claim, the science and technology minister passed the responsibility on to reporters and asked them to “work a bit on this” and question him against it in Delhi “if they failed in their research”.

Scientists and trustee of Stephen Hawking Foundation have dismissed the science minister’s claim as baseless, says a British newspaper.

"Scientist Stephen Hawking did not support the claims made by Union minister Harsh Vardhan that the Vedas have a theory superior to Albert Einstein’s relativity equation," a founding trustee of the Stephen Hawking Foundation told The Telegraph on Saturday.

“It is quite possible that he made a reference to the Vedas playfully when discussing creation myths - such as found in the Bible or the Vedas - when comparing them to the now conventional scientific picture of the big bang accompanied by a period of inflation, or perhaps when discussing the no-boundary proposal for the creation of the universe,” Malcolm Perry, who is also a professor of theoretical physics at the University of Cambridge, said.

“I am certain that he did not support the claims made by your minister that Vedas might have a theory superior to Einstein’s theory of relativity.”

Hawking’s friend, cosmologist, astrophysicist and astronomer Royal Professor Martin Rees also dismissed knowing any such theory. “I would not know anything about this,” Rees told The Telegraph.

In his address, he said India has a rich tradition and a long history of discovery as well as the use of science and technology. Vardhan said Hawking “needs to be remembered [on the occasion]”.

Stephen Hawking worked on the origin of the universe and black holes and has inspired millions of people across the world.

He was diagnosed with Lou Gehrig’s, or Amyotrophic Lateral Sclerosis, at the age of 21 and was the longest survivor of the motor neuron disease, which gradually paralysed him entirely.

This article originally appeared on Scroll 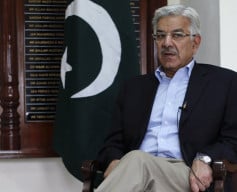 Not expecting improvement in ties with India: FM Asif 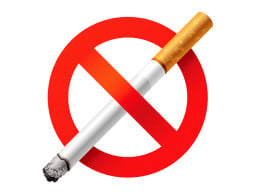 Food authority to ensure provision of ‘safe food’ for students 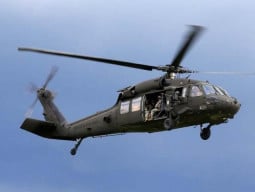 US helicopter crash in Iraq kills all seven aboard: military