It's hard to choose a favour­ite
By Entertainment Desk
Published: March 18, 2018
Tweet Email 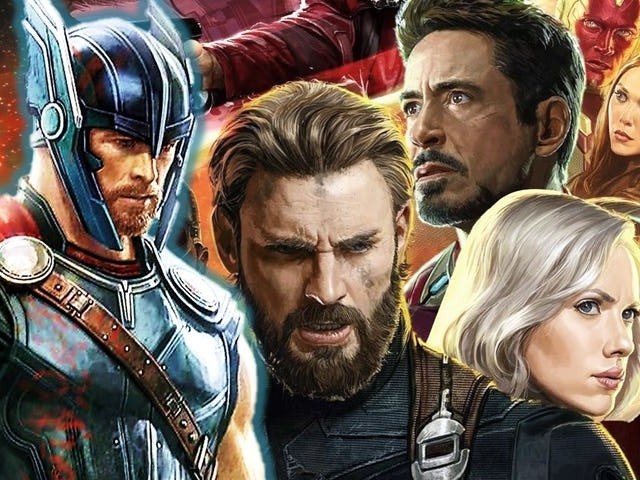 The trailer of Marvel’s latest installment of Avengers is not short of epic moments. Uniting the favourite characters from the different franchises, in Avengers: Infinity War, is priceless.

Revealing the plot of the film, which consists of Captain America and Thanos’ standoff, Gamora’s backstory amongst many others, Infinity War is sure to break records.

Filled with amazing dialogues and hilarious exchanges between the characters, packed in the two-minute trailer, it’s hard to pick favourites. However, compiled from Comicbook, here is a list of seven best lines from Avengers: Infinity War.

1. “Let’s talk about this plan of yours. I think it’s good, except it sucks. So let me do the plan and that way, it might be really good.”

Getting the Guardians of the Galaxy involved in the latest Avengers movie sent all Marvel fans into frenzy. Seeing Star Lord and Iron Man collide will be a treat. Fans will be excited to see the two larger-than-life personalities finally interact.

It’s still unknown who says this in the trailer. However, it might just serve as the most important dialogue in the movie.

With Tony Stark taking the lead in every problem that threatens the superheroes, it’s needless to say that he’ll be the one with the plan this time around as well. After all, his encounters in the past have been preparing him for the war against Thanos.

4. “Perfectly balanced. As all things should be.”

This dialogue sparks debate as to why Thanos would only want HALF the world destroyed. There seems to be a lot more going on here than just the threat Thanos comes with. Maybe there’s another greater villian in the horizon and Thanos is the good guy.

This one-liner teases at Thanos’ children from the original comics that might be making it to the silver screen.

It seems like Thanos directed this dialogue to Tony Stark. Little does he know that Stark has done enough to make it into history books.

Seeing Spider-Man tease Doctor Strange about his superhero name is a sweet surprise. Considering the two have several scenes together in the film, we’re excited to see what they have in store for us.

This article originally appeared in Comicbook.

This ‘Raees’ spin on ‘Fantastic Beast’ will leave you in fits