Born in Lahore, Kamini Kausha­l has a very specia­l place in her heart for the cultur­al capita­l of Pakist­an
By IANS
Published: March 18, 2018
Tweet Email 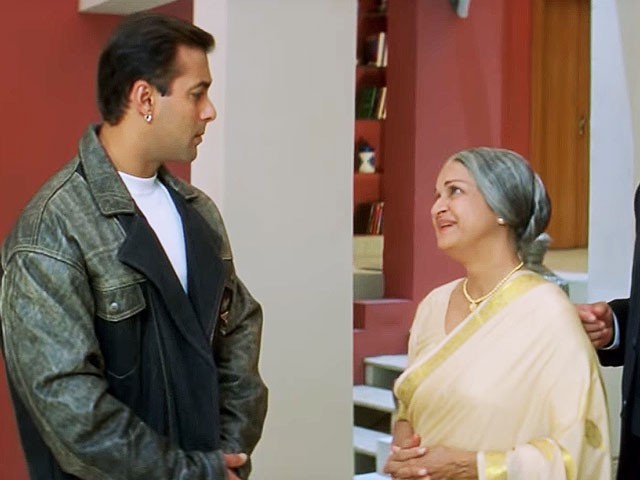 NEW DELHI: From spending her childhood in the lanes of Lahore to starting her journey as a radio artiste, Kamini Kaushal has a very special place in her heart for the cultural capital of Pakistan. The veteran actor, 91, says she would love to go back to her “land” for work, but in a “secure” environment.

The star was born in Lahore and came to India after partition back in 1947. She might have opted to migrate, but her relationship and fondness for the place remain the same.

With the calls to ban Pakistani talent from working in Bollywood erupting every now and then, Kamini says actors have no boundaries.

“Ban Pakistani actors from working in Bollywood? I would say no. If the work to be done has ‘integrity’, then there is no need for limits or restrictions. It makes no difference where the actor comes from,” she told IANS.

“I know it would give me great pleasure to be asked to return to Lahore and do some good work,” she added.

The actor, whose real name is Uma Sood, recalled the time she spent in Lahore before partition.

“I have fond memories of acting in the lovely amphitheatre in Lahore’s Simla Hill. Or on Lahore’s local radio. That was my land! But, in the same breath, I also know that if I was to go back to work I would need to feel secure doing it,” she said.

Should art have no boundaries?

Kamini has had a successful career, starting from her debut movie Neecha Nagar, directed by Chetan Anand, winning the Grand Prix du Festival International du Film at the Cannes International Film Festival in 1946.

Looking back at her journey, she said, “I feel extremely lucky to have been able to enter Bollywood and leave Bollywood at will. When I wanted. I stopped acting so as to raise a family. I wanted to get roles that were appropriate to my age when I was ready to resume acting. And, for the record, all these offers came to me without my ever having a manager or PR agency.”

Kamini worked on her own terms and never tried to hide her marital status – she got married to B.S. Sood, her brother-in-law, after the demise of her sister.

Together, they share five children – her sister’s daughters Kumkum and Kavita; and three sons Rahul, Vidur and Shravan.

Kamini asserts that she never placed her family ahead of her profession.

“I would call it more of a ‘balance’ between the two: When I worked in the film industry, I did not ignore my family, but when I was not working in the industry I guess I did focus on my family.

“In fact, when I was working as an actress, I would use the time taken every day in the physical journey from home to the studios (typically in Mumbai’s suburbs) – first when I took the train and later when I got driven – to transition psychologically from being a mother and a homemaker to being a star.

“And vice versa: Segway back to being a mom and homemaker when I returned home after a day’s work.”

Will we see her back on the big screen?

“For this I would first need to regain my health and stamina. At my present age of 91 years, this is a tall order!

“Nevertheless, in the unlikely event this was to happen, then I would surely grab a role that upheld the positive norms of society. For example, where I can show some genuine warmth towards others.”