'The Vampire Diaries' and 'Narcos' stars to attend Saudi Comic-con

'The Vampire Diaries' and 'Narcos' stars to attend Saudi Comic-con

The event will be taking place in Jeddah from March 22 to 24
By Entertainment Desk
Published: March 18, 2018
Tweet Email 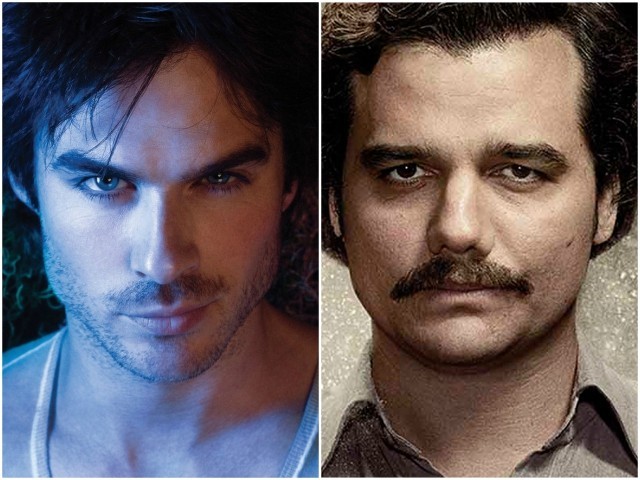 Known for its conservative traditions and culture, Saudi Arabia has recently been revamping itself to become a more ‘moderately Islamic country’.

With the entertainment industry now flourishing in the kingdom, famous artists such as Nelly, John Travolta and many others have been visiting the country. Now, there are more stars to come.

Saudi Comic-con held annually in the country aims to attract the huge amount of comic fans all across the country. Held in Jeddah this year from March 22 to March 24, Comic-con will see some of the biggest TV stars from Hollywood.

Ian Somerhalder from The Vampire Diaries, Wagner Moura from Narcos and Gustaf Skasgard from Vikings will be heading over to the Kingdom to attend the Saudi Comiccon.

Fan’s favourite, Damon Salvatore played by Somerhalder shared a video message on Facebook confirming that he will be a part of the event taking place in Jeddah.

The Saudi Comic-con Facebook page also confirmed the presence of Moura and Skasgard at the three-day event.

Saudi Arabia has been taking a stand in promoting itself as a modern Islamic state recently. Last year, Game of Thrones actor, Jason Momoa – who plays Khal Drogo in the series – was also seen having a ball of a time in Riyadh.

Mahalo Saudia Arabia you treated me like royalty Aloha to the fans and new friends. I had so many amazing experiences. I’ll be back very soon. Mahalo omar for fattening me up, the food here is amazing @najdvillagesa aloha j

With the country moving forward at a rapid state, who knows Hollywood might just start filming in Saudi Arabia soon.