Waste disposal: Government given 30 days to come up with new plan

Waste disposal: Government given 30 days to come up with new plan

In case of failur­e, PHC warns chief secret­ary would have to appear before the bench
By Our Correspondent
Published: March 17, 2018
Tweet Email 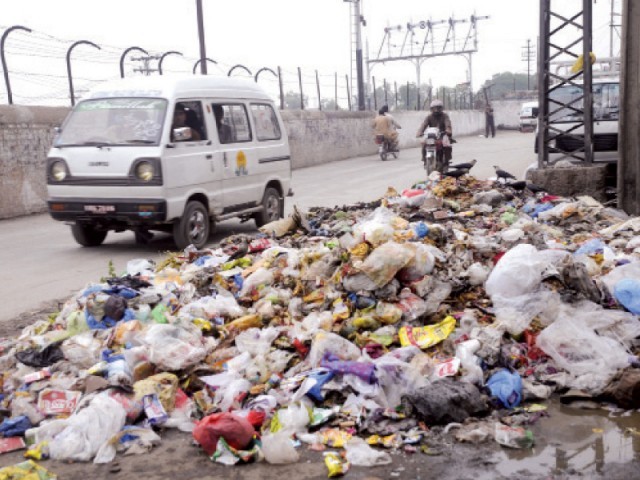 PESHAWAR: The provincial government has been given a month to devise a proper plan for the disposal of waste in the provincial capital.

In case of failure, the court warned that the chief secretary would have to appear before the bench in person and explain the reasons.

A two-member bench of the Peshawar High Court (PHC) comprising Justice Qaiser Rashid Khan and Justice Muhammad Ayub was hearing writ petition filed by Advocate Misraf Khan, who is seeking orders against the Water and Sanitation Services, Peshawar (WSSP) and the Khyber-Pakhtunkhwa (K-P) government for properly disposing of waste collected from across the city in residential areas of Khazar Khawani.

Misraf argued that the provincial government was not serious in setting up a proper sewage treatment plant despite the fact that land for it had been acquired along the Ring Road a long time ago.

Dr Bashir Khan, the director general of the K-P Environment Protection Agency, appeared before the court to explain the extent of environmental degradation faced by the city owing to the lack of proper waste disposal measures.

Dr Bashir pointed out that there were a number of ways for recycling waste, including power generation, composite waste disposal and others. However, the K-P government has done nothing on the ground nor does it have a proper plan for it.

“They are putting waste and other waste, collected from the city into a treatment plant which was designed for water treatment,” the provincial EPA chief said.

He added that the government has now decided to set up a waste disposal plant located far from the city. However, he said that there will be some environmental issues if the plant is built but it can be mitigated by planting trees and some other measures. Justice Qaiser strongly criticized the WSSP’s role in this regard. “You people are not even ready to help the people on this issue, so what is the WSSP for?” he asked.