He has been awarde­d Hilal-e-Imtiaz, Sitara-e-Imtiaz and Tamgha-i-Imtiaz­
By Our Correspondent
Published: March 16, 2018
Tweet Email 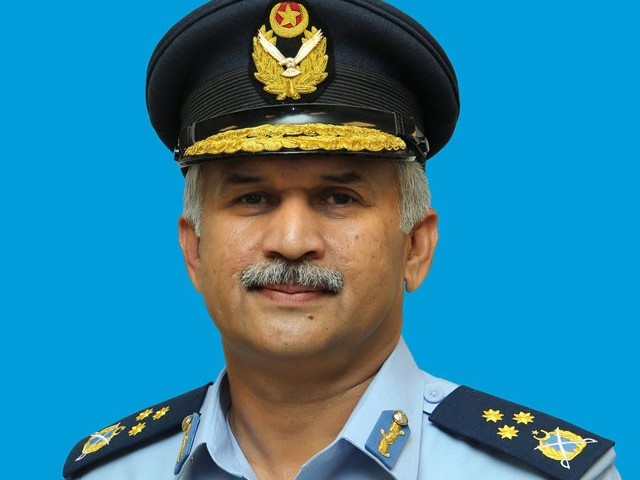 ISLAMABAD: Air Marshal Mujahid Anwar Khan is all set to take up the office of the chief of air staff after serving Chief of Air Staff Sohail Aman retires on March 18.

The announcement was made by the government on Friday.

Earlier the Ministry of Defence had sent a list of named to the prime minister for the appointment.

He is the recipient of the coveted Sword of Honour, Best Pilot Trophy and Chairman Joint Chiefs of Staff Committee Gold Medal from PAF Academy Asghar Khan.

During his tenure of service, he has held various Command and Staff appointments including Command of a Fighter Squadron, a Tactical Attack Wing, Base Commander of two elite F-16 Bases and Air Officer Commanding of Regional Air Command.

Multan Metro was made to enrich Sharifs through huge kickbacks: Imran