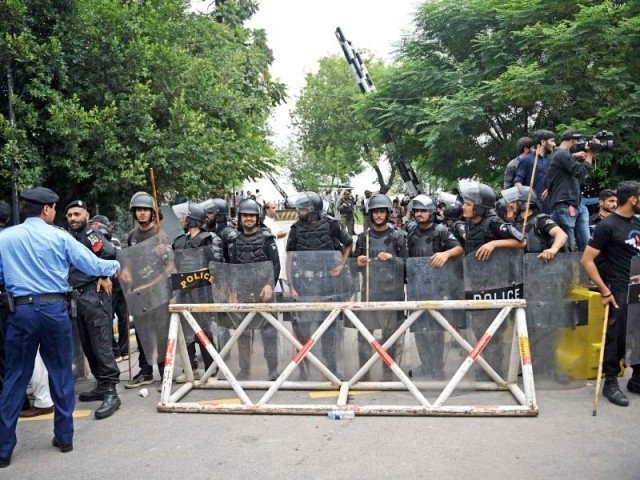 The Supreme Court (SC) on Thursday took notice of roads being barricaded near the Inter-Services Intelligence (ISI) headquarters.

A three-judge bench headed by Chief Justice (CJP) Mian Saqib Nisar sought a report from the Capital Development Authority (CDA) on the matter in 24 hours. “We will not allow anyone to block roads in the name of security,” the CJP remarked.

“Multiple roads have been blocked in Rawalpindi Cantt too,” a lawyer commented during the hearing. “Submit a request to the SC, we will look into the matter,” the CJP responded.

Yesterday, the bench directed the CDA to remove all barricades in the vicinity of two five-star hotels and open roads for public use. An Aabpara Road barricade placed by the ISI was the only exception made.

The bench was hearing a petition filed by Hashwani Hotels Limited against the Capital Development Authority (CDA). Noting that barriers had been placed along Khayaban-e-Suhrawardy near the hotel, the court maintained no encroachment would be tolerated. The bench also asked why the five-star establishment should be exempted on this account.