PMRU report says over 6,000 civil cases were decide­d along with 134 depart­mental cases
By Our Correspondent
Published: March 15, 2018
Tweet Email 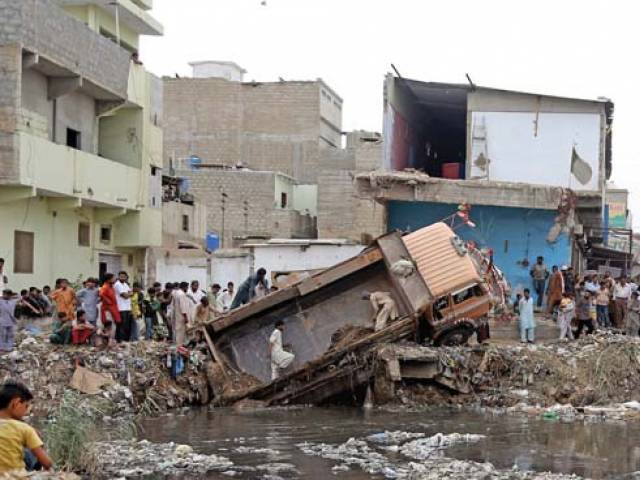 PESHAWAR: The government evicted illegal occupants from 7,063 kanals of land worth Rs14 billion in the past four months.

This was disclosed in the quarterly “Government Performance Report” prepared by the Performance Management and Reforms Unit (PMRU) at the Khyber-Pakhtunkhwa’s (K-P) chief secretary office.

According to the report, the government conducted anti-encroachment drive across the province. Apart from evicting illegal occupants on 7,063 kanals of land, encroachment on 217,000 kanals of land was also removed.

Moreover, the government decided as many as 6,100 civil cases apart from deciding 134 departmental cases though reconciliation in the past four months.

On the directions of the chief secretary, the deputy commissioners conducted 274 Khuli Kacheries (town halls) across the province in their respective districts where people presented 2,559 complaints. Of these, 1,399 were solved on the spot while 772 complaints were sent to the concerned departments for effective action.

The report added that 1,035 illegal crush plants were sealed throughout the province while 447 plants were issued licenses after they fulfilled the legal formalities.

As many as 7,000 water tanks were cleaned and chlorinated, while 708 illegal billboards were removed from different places.

The PMRU has developed a citizen portal through which citizens can access the chief secretary.

After papers of the National Testing Service (NTS) for school teachers were leaked earlier this month, prompting the government to cancel the papers at the very last minute, a probe committee has found that individuals, not the testing company was responsible for the leak.

The committee, comprising the special secretary for education Arshad Khan, Education Director Farid Khattak and NTS Chief Operating Officer presented its findings to the Khyber-Pakhtunkhwa (K-P) Education Department, a statement by the department read on Wednesday.

It stated that the committee found that the NTS, as an organisation, was not involved in the leakage. Rather, four employees were found to have been responsible for outing the paper.

“All these were arrested by the Abbottabad police and are currently in jail right now,” it said, adding that the inquiry committee had also recommended involving ETEA in addition to NTS to improve transparency of the testing processes.

On March 4, the K-P Elementary and Secondary Education department cancelled the NTS test for the post of primary school teachers (PST) following complaints of candidates from different districts across the province.

According to the NTS data around 176,516 candidates applied for the post. Half of the candidates appeared on the first day of the test and the rest were to appear on the second day.