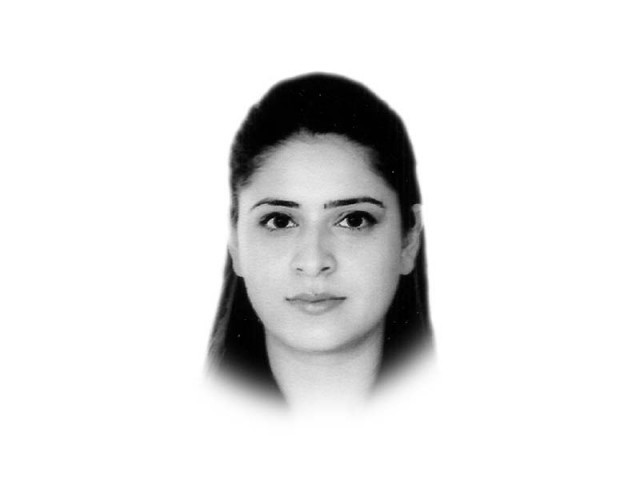 The writer is an MBA and entrepreneur. She is currently a central executive committee member of the Pakistan Tehreek-e-Insaf. She can be reached at sarah.ahmad@insaf.pk

French philosopher Jean-Jacques Rousseau wrote that laws were intended to protect and promote the general will of the people whilst restricting harmful freedom for those with selfish desires. However, in the case of Pakistan, the legislation and execution seems overwhelmingly dominated by self-serving motives of the rulers to secure and prolong their rule.

On August 14th, 1947, Pakistan was carved out on the map of the world for the Muslims of India to live in peace and harmony, according to the principles of Islam; free to pursue all spiritual and worldly endeavours in a homeland of their own.

Today in 2018, I look back at the history of the last 45 years, trying to evaluate whether the famous 1973 Constitution provided the guidance for governance and progress or not. By what I see is that we need to change course at the earliest as we are going down politically, economically, socially and morally. Should this Constitution be given a major overhaul or should we start afresh? Is the present constitution serving the people of Pakistan or is it a tool for the governing elite selectively apply rules to consolidate their hold on the power corridors and illiterate masses through a closed loop system of governance imposed by the 1973 Constitution, where we as the public have one shot at elections, and are told to keep our ears, mouth and eyes shut for five years?

Let us not forget that in the last 45 years since 1973, the Pakistan Peoples Party has ruled at the centre for four terms, the Pakistan Muslim League-Nawaz (including the IJI) for another four terms (including Zia’s period) and the PML-Q one term (under Musharraf). They all took oath to uphold the same Constitution and yet not one government delivered what was stated in Articles 37 and 38 that is the nutshell of what the people would get from the successive governments. There have been no road maps, no progress evaluation and no accountability. The governance system has failed to meet any goals; in fact, every successive government has sunk the nation financially, making Pakistan amongst the most corrupt nations.

Imagine there is no watchdog institution to judge the governance performance. What we have seen in 45 years is that every successive government not only lacked governance capabilities but interfered in the normal functioning of government to achieve their personal financial targets through misuse of offices. So much so that till today, there is no system to manage national calamities like floods, earthquakes, healthcare or terrorists emergencies, even though we almost have them as an annual event.

The same political forces always call upon one institution — the army for help, and yet malign it continuously otherwise. The Constitution is totally silent on what to do, when political stand-offs develop to create emergency situations. The only option given is a vote-of-no-confidence, but the reality is that it is more applicable for an in-house change of the party. Already the prime minister and the chief minister are supposed to have a majority. The 1973 Constitution replaced earlier governance documents, with the intent of creating a road map on national political independence, economic progress, social uplift and technology expansion in a framework of socialised society where the government will be responsible for every citizen, very clearly stated in Paragraph 37 & 38 of the Constitution that says: (a) Promote educational and economic interests of backward classes or areas; (b) Remove illiteracy and provide free and compulsory secondary education within minimum possible period; (c) Make technical and professional education available and higher education equally accessible to all on the basis of merit; (d) Ensure inexpensive and expeditious justice; (e) Make provision for securing just and humane conditions of work, ensuring children and women are not employed in vocations unsuited to their age or sex, and for maternity benefits for women in employment. (f) Enable the people of different areas, through education, training, agricultural and industrial development and other methods, to participate fully in all forms of national activities, including employment in the service of Pakistan; Article 38, the core of the Constitution, for developing a socialised state says: “The state shall provide basic necessities of life, such as food, clothing, housing, education and medical relief, for all such citizens, irrespective of sex, caste, creed or race, as are permanently or temporarily unable to earn their livelihood on account of infirmity, sickness or unemployment.”

But unfortunately, none of this has occurred. As Nelson Mandela succinctly put it, “Education is the most powerful weapon which one can use to change the world.” Let’s talk about the non-existent educational reforms. Article 25(A) under the 18th Amendment to the Constitution, inserted in 2010, reads: “Right to education: The state shall provide free and compulsory education to all children of the age of 5 to 16 years in such manner as may be determined by law.”

This is an important undertaking by the state since education, in contemporary times, is considered an important tool for enhancing one’s chances for socioeconomic development. However, we see no improvement in education anywhere as there is no implementation. Another major implication of the 18th Amendment for education was that the curriculum, syllabus, planning, policy, centres of excellence and standards of education will fall under the purview of the provinces.

Basically, the provinces do not have the capacity or the financial resources to cope with the huge challenge in front of them. It has been argued that the contents of the curricula should remain with the federation since the provinces could take liberties, which may result in putting the unity and ideology of the country at risk. The questions to ask are how standards will be maintained across the provinces and how quality will be assured. The curriculum needs to be updated at the federal level. There needs to be one system of education for all provinces so that they can compete with one  another — this being one of the many things that need to be done.

Also, the constitution does not allow anyone to head a political party if he/ she doesn’t fulfil Articles (62) and (63) of the Constitution which says he is Sadiq and Ameen. Our ex-PM Nawaz Sharif conveniently passed an amendment to an act of the Constitution, taking his lawmakers onboard and became president of his party, the PML-N. Eventually, the Supreme Court intervened and disqualified him. Ideally, the Constitution shouldn’t allow this sort of act, which is done for anybody’s self-interest. The law should facilitate the co-existence of freely living individuals, but Pakistan’s law usually attempts to sap the freedom and diminish any accountability of the rulers. President Ayub Khan through the 1962 Constitution, Prime Minister Z A Bhutto through the 1973 Constitution and the first six amendments, President Ziaul Haq through the 8th Amendment, President Musharraf through the 17th Amendment and Prime Minister Nawaz Sharif through the 13th Amendment to the 1973 Constitution attempted to increase their powers and lessen the accountability checks on them.

In my opinion, there is no overhaul of the Constitution needed but it must be ensured that it is implemented in its true letter and in spirit. The Supreme Court should act as a watchdog to prevent the Constitution from being misused by our politicians for their self-interest.