FEMA can also be hacked and wrongl­y revert­ed to order the launch of a nuclea­r strike on the wrong countr­y
By Syed Sadam Hussain Shah
Published: March 13, 2018
Tweet Email 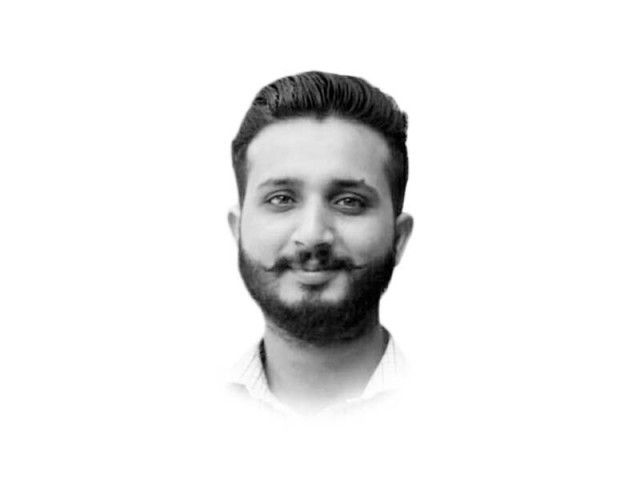 The writer is an international relations analyst based in Islamabad. He can be reached at Syedsadampak@gmail.com

From trigger-happy generals to irrational leaders, who should be trusted with the US nuclear button? Let’s find out. For decades nuclear experts like Ash Carter, and Peter D Fever have written about the nuclear hair triggers. To their respected warnings, I’ll add another. We all know that in the US, the president has the legal and political authority to order the launch of nuclear weapons. He requires other people to carry out the order but not for permission but to follow the procedures. This can harm US national interests by initiating an unintended nuclear war. Therefore, it is vital to modify US presidential authority.

Theoretically, if the president wanted to attack any country with nuclear weapons, no one could stop him. But, what happens if he sends the launch codes by mistake? Or, when he orders the launch in unstable condition? This is quite dangerous. During the Watergate scandal, US President Richard Nixon was drinking heavily and considered as unstable. Nixon told reporters that “I can go back into my office and pick up the telephone and in 25 minutes 70 million people will be dead.” Likewise, US President Donald Trump tweeted that “I too have a nuclear button, but it is a much bigger & more powerful one than his, and my button works.” This is risky as the president may not be stable all the time.

To avoid the risks and provide realistic solutions to modify US presidential authority, scientists have suggested some essential measures. In their latest communication, scientists agreed that “the United States should modify its decision-making procedures to require that one or more officials concur with a presidential order to use nuclear weapons before the military carries it out”. They added that “implementing such a requirement is readily accomplished using a tracking system operated by the Federal Emergency Management Agency (FEMA)”. Yet, I’ll add some more apples in the basket.

Both FEMA and presidential authority are unnecessary. FEMA tracks the presidential line of succession and provides an early information that can help the US leadership to manage an escape before a nuclear weapon strikes its territory. But things have never changed. Same threat perception and old technical standpoints. Russian Intercontinental Ballistic Missiles will take approximately 30 minutes to reach Washington, DC. Simply put 30 minutes are ‘enough time’ to survive the president and his line of succession. Furthermore, the early warning systems (EWS) — the world’s most advanced technology — will intimate folks sitting in nuclear weapon attack proof houses and help the presidential line to manage an early escape.

However, FEMA can also be hacked and wrongly reverted to order the launch of a nuclear strike on the wrong country. This is one drawback, there are many. The development of FEMA with respect to command and control will require the dedication of necessary resources and manpower. Therefore, I propose following strategies to modify US presidential authority.

STRATEGY 1: I propose that the use of nuclear weapons would require an order from the secretary of state and secretary of defence, incubating significant input from their respective departments. The orders are Cc-ed to the president and then passed to the military guys for launch. The order still remains the political decision. Both office holders understand international politics and nuclear strategy better than the president. With this strategy, you don’t have to worry about the President’s state of mind, forget it.

STRATEGY 2: If the secretary of state, secretary of defence and president are decapitated, then the second layer should take charge. This layer should comprise the highest ranking officials from the scientific community, civil service and from the state and defense departments. These individuals must be present 24/7 on a rolling base at nuclear attack proof houses. In addition, essentially designed pocket device that would detect the secretary of state, and secretary of defence’s decapitation, and automatically inform the guys sitting in nuclear attack proof houses is a necessary thing.

However, the United States should modify its presidential line of succession and also should work indiscriminately to further arms control efforts. This is how the US can achieve truly normal status. And this is the only way to save humanity from the risks of nuclear war.

If to do the justice with the subject, the global nuclear threat should be discussed unbiasedly. We have heard a million times that South Asia is vulnerable to a nuclear war and particularly fingers are pointed towards Pakistan. But ignoring other nuclear dangers posed by major powers like Russia and the US that holds the world’s largest and ready nuclear arsenal would be naïve. This is our moral and journalistic responsibility to argue what is true, not what is popular.