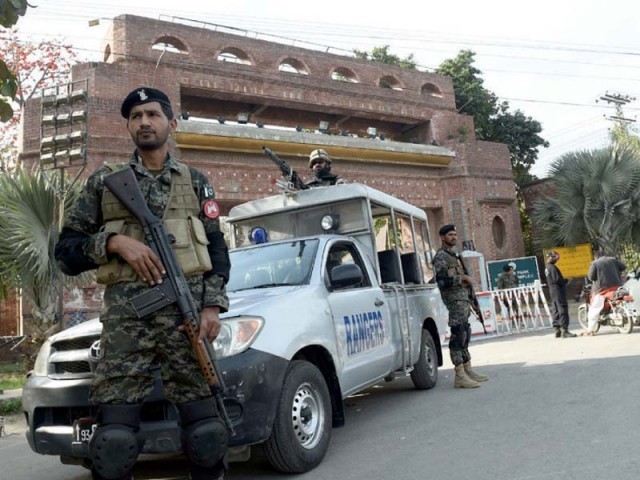 Speaking at a high-level meeting, Sumbal revealed that proposals regarding the closure of schools within a three-kilometre radius of the stadium and partial suspension of Lahore Metro Bus service after 2pm on fixture days were also under consideration. However, the final decision in this regard would be made by the Cabinet Committee of Punjab.

Regarding rescue and health arrangements, one cardiac mobile, 20 ambulances, 18 motorcycle rescuers, 20 rescue posts and two improvised hospitals in stadium area and private hotels would also be set up.

About civic and administrative arrangements, the commissioner said all agencies and companies have been directed and checking as well as monitoring would start from the coming week.

He said 36 small Speedo buses, 20 big Speedo buses and 40 coasters by Lahore Parking Companies would be set to facilitate the cricket fans from notified parking areas to the stadium.

The meeting was also informed that cabinet committee would start daily visits from the next week. Police and Rescue 1122 would do four mock exercises with traffic police from the airport to team’s residence and Gaddafi stadium. Sumbal also said that during floodlight match, the stadium and adjacent roads would be beautified and illuminated to enhance the warmth of the great sports event.

Sumbal was chairing a meeting of two committees notified by the Punjab Home Department regarding arrangements for two PSL’s semi-finals in Gaddafi Stadium.

Wains said they would implement a comprehensive standard operating procedure for the matches. For this purpose, project cameras would be used. He said they would add further improvements to the plan, in regard to which no leniency would be tolerated.