FM asks author­ities to releas­e the suspec­t he had no person­al enmity with him
By News Desk
Published: March 10, 2018
Tweet Email 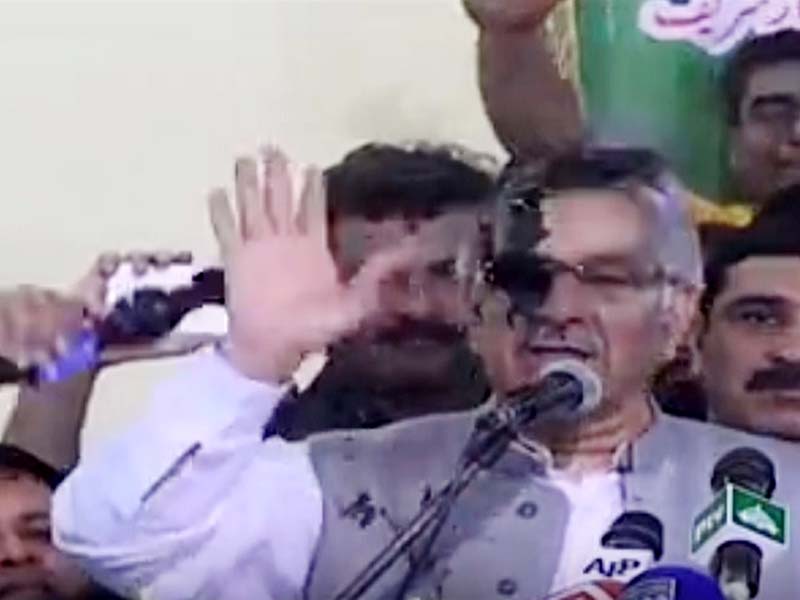 A man was taken into police custody after he threw ink at Foreign Minister Khawaja Asif during his speech at the ruling Pakistan Muslim League-Nawaz’s (PML-N) workers convention in Sialkot on Saturday.

Asif, however, directed the concerned authorities to release the suspect, saying he did not have any personal enmity with him, adding that the man must have carried out the act on behest of someone in return for some money, Express News reported.

“Thousands of people are still praying for me and throwing ink won’t affect my politics at all,” he was quoted as saying.

The PML-N workers attending the event chanted against releasing the accused when the foreign minister directed police officials to free the man.

Last month, a man lobbed a shoe at Interior Minister Ahsan Iqbal while he was addressing a workers’ convention in Narowal.

The man, identified as Bilal Haris, tried to get closer to the minister as soon as he arrived on the stage in Aliabad to address the PML-N supporters.