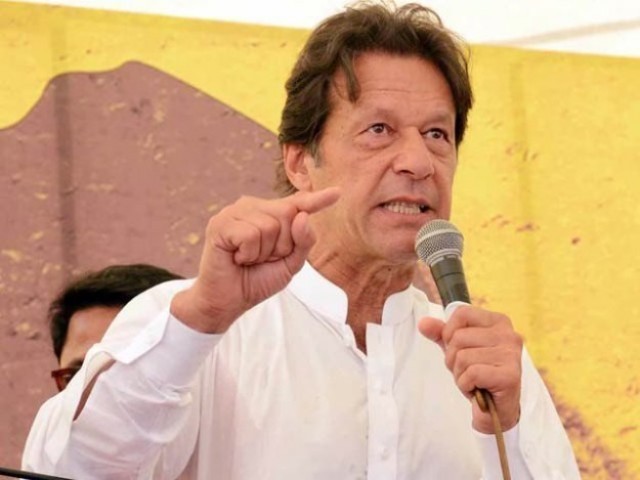 The possession of these assets show that Nawaz used her name to sleight his money laundering PTI chief Imran Khan. PHOTO: FILE

Pakistan Tehreek-e-Insaaf Chairperson Imran Khan tweeted on Saturday that the documents released by the British Virgin Island’s Federal Investigation Agency (BVFIA) reveal that offshore companies were listed under the name of Maryam Nawaz.

According to Express News, the PTI chief tweeted pictures of the reports claiming that they were proof of Maryam Nawaz being the declared the owner of the offshore companies which owned the Mayfair Apartments.

These BVI FIA documents conclusively prove Maryam Nawaz beneficial owner of companies that own the Mayfair apartments worth billions of rupees. She had no source of income so money stolen from Pak & laundered by Nawaz Sharif in Maryam's name. 1/2 pic.twitter.com/COPFOs6bL2

Would like to see someone from Balochistan as Senate chairman: Imran

Imran further added that since Maryam does not have a taxable source of income, the possession of these assets show that Nawaz used her name to sleight his money laundering.

The statement came a day after the National Accountability Bureau (NAB) initiated formal proceedings against Asif to probe into his alleged involvement in money laundering on a complaint received from the PTI.

In a meeting with PTI member Usman Dar, Imran welcomed NAB’s move to commence inquiry in the complaint sent to NAB Chairman Javed Iqbal in January in which Dar had accused Asif of financial wrongdoing and money laundering.