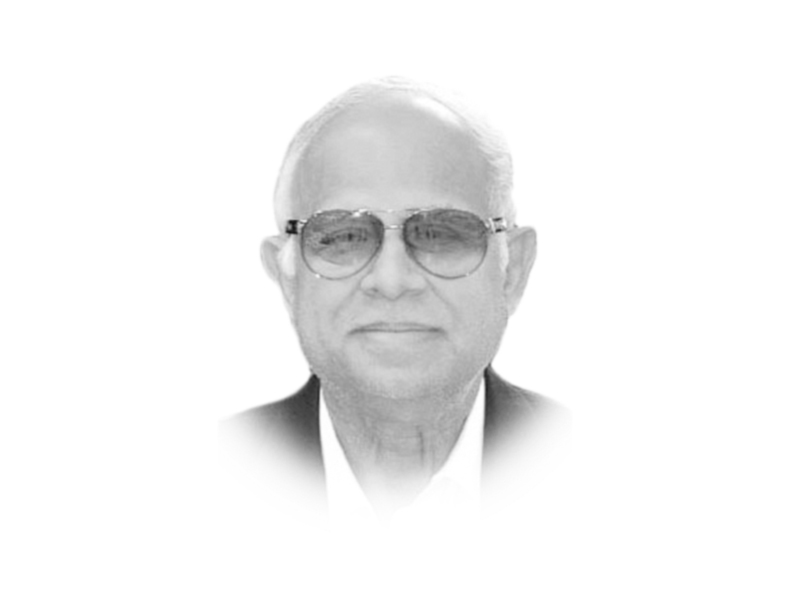 An adverse media focus propagating perceptions quite contrary to the reality about the ‘Calibri’ font is meant to discredit the allegations of forging pertaining to trust deeds in which Maryam Nawaz figures prominently.

This concerted ‘whitewash’ campaign implies that Robert Radley, the forensic expert who analysed the trust deeds, accepted in cross-examination that while the font came into commercial use in 2007 it was possible for it to be used in 2005.

Other than the normal paid hacks even credible analysts are being used to propagate a coloured version of the witnesses’ statements, engaged in making of fake news real and real news fake.

This deliberate misreporting has swayed great many people who were once convinced that the documents were forged and that Maryam had plainly committed perjury. Goebbels would have been proud!

The video-link testimony and cross-examination of the two witnesses, the prosecution/investigation team, took place by two defence counsel in the actual presence on the premises of the Pakistan High Commission London on 22 February 2018.

The first Prosecution Witness (PW), Robert Radley, is a forensic expert and belongs to the Radley Forensic Document Laboratory. Established more than five decades ago, this practice is one of the longest existing private independent laboratories in the UK dealing exclusively in the forensic examination of signatures, handwriting and the general forensic examination of documents.

It deals with the examination of questioned documents for a variety of courts in the UK and abroad, both civil and criminal. Not an ordinary run-of-the mill institution, it has to be extra careful about its credibility.

Radley Laboratory also assesses reports of other experts, commenting, supplementing and, if necessary, criticising the same so that clients can fully appreciate the significance of the evidence presented.

Radley deposed that he received a copy of a set of two trust deeds from ‘Quist Solicitors’ London, one pertained to Neilson & Nescol (BVI Companies) owning Avenfield properties, whereas the other pertained to Coomber (BVI Company) comprising three pages each. The forensic examination of the two trust deeds revealed that pages Nos 2 & 3 of the two deeds were identical.

Moreover, the deeds clipped with eyelets were appeared to be removed with some instrument and re-locked again. Further, the two trust deeds also bore multiple staple pin holes, however the number of staple holes on top pages of the two deeds and below appended pages were different, leading to the finding that the subsequent pages were substituted.

Radley further deposed that he could also determine the relative age of staple holes on top pages and subsequent pages of the two deeds if the court allowed him to unlock the eyelets. The notarisation date on both the deeds were found tampered with and the date digits of 2006 were actually 2004 which was tampered to 2006. He was sent another set of the two deeds subsequently comprising fine coloured copies (provided by the JIT submitted by accused while their appearance before the JIT). The Coomber deed was different from the previous one whereas the Neilson/Nescol deed was identical to the previous one.

Cross-examined, Radley stated that before 2007 there was no commercial use of the Calibri font and that it would be impossible for anyone to download the Calibri font in 2005 without a particular “software engine” which could only be operated by IT experts, etc. Even then it would take quite some time to do this. Why should it be used especially for one particular trust deed? Why not for others?

The defence cross-examined Radley about the Calibri font (one of the programs of Windows Vista software). The PW explained that the beta version (prototype) of the software was introduced in 2005 purely for trial testing by restricting it only to licensed IT experts, hardware manufacturers for rectifying bugs, problems, etc. It was commercially launched on 31st January 2007 for usage purpose, hence prior to that it was not available for regular/routine usage. While explaining this he was referring to his research notes. The defence objected to the PW reading his notes. Radley replied that he was authorised to do so under British law and that he also discussed his research notes with the prosecution team before. Whereupon the defence then made a cardinal mistake by asking for the copy for their cross-examination, this became marked as evidence. On being read out his testimony, Radley objected to two narrations wrongly attributed to him. The judge corrected these after going through the video recording and confirming Radley’s contention.

The second witness, Raja Akhtar, recorded his statement covering his commentary on Orders of Queen’s Court London regarding Al Tufeeq litigation (involving Avenfield Properties) and his correspondence with Notary Public Jeremy Freeman, who notarised/witnessed the alleged two trust deeds in 2006. He had sent an email along with scanned copies of the two trust deeds, notarised by Freeman, raising queries regarding the notarisation date and fulfillment of other pre-requisites while notarising the deeds. Freeman responded that he notarised the documents in the presence of Hussain Nawaz and Waqar (manager of Hussain Nawaz). Raja Akhtar emphasised that the close analysis of the two alleged trust deeds prima facie revealed forgeries and that was why he referred the matter to forensic expert on the instructions of JIT.

Given the power that the placement of ads has influence over the media whether printed as news, comments, opinion, services, etc, the recent ads opposing each other’s stance published by the APNS and the CPNE highlights how payment for ads placed by the government never reaches those media considered anti-government. This has driven the ‘disloyal’ print media to bankruptcy, conversely the ‘loyal’ media with the connivance of the government has the power (and financial clout) to twist facts into fiction. This indulging in such malpractices must be investigated by a JIT and other than being jailed, should be blacklisted from having anything to do with the fourth estate.

Misrepresenting court proceedings is a crime, the actual version of events had to be brought on record so that white-collar criminals, with financial clout and/or influence out of the ordinary, should not be allowed to get away with their committed criminal acts.