In the tragedy of Afghanistan, a sliver of hope

In the tragedy of Afghanistan, a sliver of hope

Ghani has made a genero­us, mostly uncond­itiona­l offer to the Afghan Taliba­n for direct peace talks
By Shahzaib Khan
Published: March 8, 2018
Tweet Email 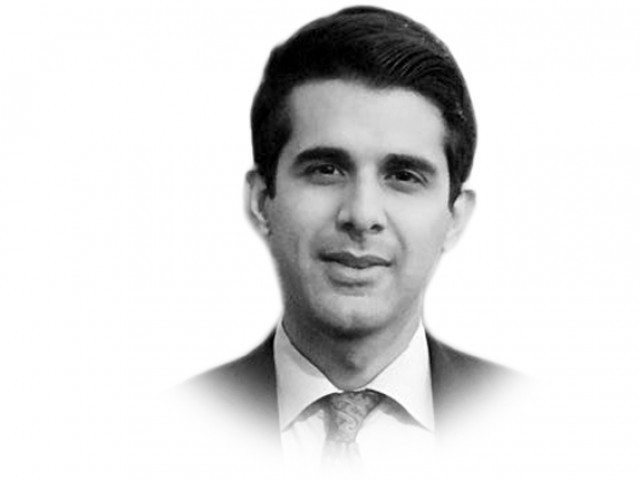 The writer is a lawyer from Karachi and tweets @shahzaibkhan901

An average of 66 civilians die in the Afghan conflict each week. The country has not seen peace now for almost half a century. The Taliban now control more territory than at any other point in time after the US invasion in 2001. The US currently has around 10,000 troops on the ground in Afghanistan. And even when the US had 100,000 troops on the ground, the Taliban stood unvanquished.

While airing the possibility of negotiations with a group like the Taliban may sound morally unappealing, it is with these facts in mind, that Afghan President Ashraf Ghani has made a generous, mostly unconditional offer to the Afghan Taliban for direct peace talks.

Ghani’s offer is indeed generous, with the latter offering political recognition to the Taliban along with citizenships for the group’s members, amnesty for the group’s imprisoned fighters and protection for the fighters’ families.

In a conflict as protracted as Afghanistan, a singularly fragile ray of hope for peace can stir up global interest. Ghani’s offer has done that. With the Americans having already recognised the impossibility of a military solution to the Afghan war, the Trump administration’s bellicose “new” approach of taking the fight to the Taliban, is in fact an attempt to fight the Taliban to the negotiating table. Also, part of this new approach is Trump’s increased pressure on Pakistan to play a role in bringing the Taliban to the negotiating table.

But this is not the first time an Afghan government has reached out to the Taliban to end the conflict. The infamously ineffective former president, Hamid Karzai, in 2010 and 2011 had conducted grand jirgas, or peace talks between the various stakeholders in Afghanistan. Karzai offered much of what is being offered by Ghani, amnesties, citizenships, power sharing, the likes. Interestingly, though, the Taliban were quick to reject the offer, responding in kind instead with a renewed campaign against the government.

Ghani’s offer seems to be more of the same. By extending the olive branch, Ghani has illustrated to the world, and more importantly the Afghan nation his earnest intent to end the bloodshed. If this offer is spurned, Ghani would have increased legitimacy in seeking a military solution against the Taliban. Having more territory now than ever before, the Taliban may just decide to wait out the tiring American war machine, and run over Kabul once the Americans depart.

If historical trends are to be respected, as they should be, Ghani’s offer of peace seems to be destined to be doomed, just as Karzai’s offer was.

In what is most similar to the rarest celestial alignment, considering the infinite complexity of the Afghan conflict, the interests of the numerous central actors, while far from merging seamlessly, seem to be possibly reconciling.

Ghani’s call for peace has been welcomed, or at least subject to tacit acceptance by the major actors. The Americans with their renewed campaign against the Taliban have maintained a strategic silence on the peace offering with repeated affirmations by their top Generals of a political solution to the conflict. The Trump administration would understandably not want to be seen as too excited at the prospect of peace with the Taliban as a legitimate political actor, considering Trump’s decision of taking the fight to the Taliban, to finally “win” the war. But the silence of the administration in this respect speaks for itself. The Taliban also have had a similar yet distinctive response. The Taliban leadership has refrained from overtly jumping on the offer, given its reluctance to publicly recognise the Afghan government, however, they have maintained their own form of silence, a momentary lull in violence, indicating perhaps a reluctant willingness. Pakistan, as the other major influencer in the conflict, has vociferously welcomed the offer, joining Afghanistan in becoming the leading proponent of the peace proposal. The reactions are a swift departure from Karzai’s peace offering where the proposal was shot down within days by the Taliban and had failed to excite the Americans and the Pakistanis.

So why is everyone reacting the way they are?

First and foremost, Ghani’s offer for peace is a genuine attempt at curbing the incredible blood-letting in the streets of Kabul and around Afghanistan. After a spate of attacks, which claimed hundreds of lives in the capital, Ghani, as he attended a conference where representatives of numerous countries had gathered to brainstorm a solution to the conflict, chose bravely, generously and wisely to extend an olive branch to the Taliban. Brave because it is hard to make a peace offering as the leader of the country, to a militant group that has just wreaked havoc in the capital. As he made this peace offer Ghani risked irking his Western partners, and a local population that may have supported the government in its fight against the Taliban. But more than being generous and brave, the offer was wise. Ghani recognises the increased bloodletting by the Taliban as a symptom not of a willingness to fight, but as a symptom of willingness to negotiate with greater strength.

With the Trump administration choosing to bomb the Taliban to the talks table, the Taliban had decided to bomb back, just to strengthen their position. In the same line, Washington, while willing to extend the firepower to squeeze the Taliban, has emphasised on the Afghan government its responsibility to lead a political solution with the Taliban.

The Trump administration is eager to impress the US electorate with quick, headlining successes that define Trump’s first term to ensure a possible second term. What would be better than what will definitely be portrayed as a negotiated victory in Afghanistan allowing US soldiers to return home? The other option for the US is stark, considering in a strictly military arena a guerilla group like the Taliban win by not losing, while the American war machine definitely loses unless it wins absolutely.

The Taliban, on the other hand, have the possibility of an American departure and power sharing with the Afghan government. While the latter is a compromise for the Taliban, the former is definitely a driving priority. Entering this situation is a Pakistan, wary of militancy and continuous conflict which has spilled into its own territory. The Pakistan of today is significantly different from the Pakistan that was cold to Karzai’s offer in 2011.

As long as it has a friendly regime in Kabul, a Pakistan worn out by terrorism, and now importantly looking to protect and grow the hundreds of billions of dollars in investment coming in through Beijing, will be more than willing, as it has been, to broker a peaceful power-sharing arrangement between the Taliban and the Afghan government. While there are many other actors in this complex conflict, the aforementioned four are definitely enough in their capability to ensure peace.