Facilitation: Tech sector to develop apps for people with disabilities

Facilitation: Tech sector to develop apps for people with disabilities 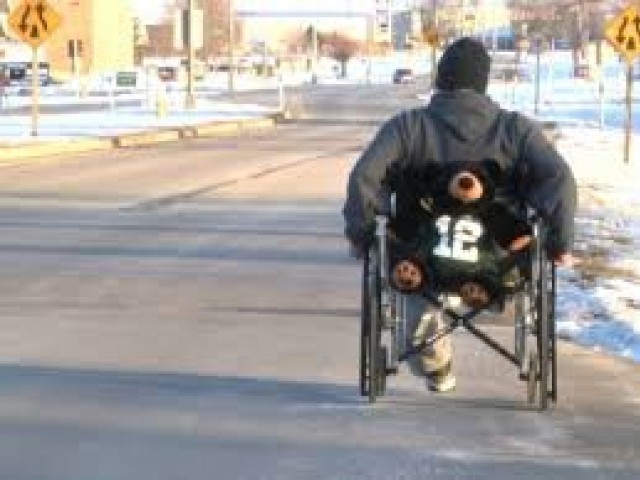 KARACHI: Pakistan’s information technology sector and the Ministry of IT and Telecom (MoIT) have joined hands to develop new applications for people who are mentally or physically challenged.

The MoIT is funding different programmes in this regard under which private-sector organisations are gearing up to develop specific apps for the target market.

Industry analysts say this is a good start for socioeconomic inclusion of such persons, but it needs sustained efforts to bring definitive changes to the market.

To promote start-ups, according to details, the MoIT has allocated Rs124 million for training and investment in start-ups under Ignite, formerly known as the National ICT R&D Fund.

One billion people, or 15% of the world’s population, experience some form of physical or mental impairment with its prevalence being higher in developing countries. One-fifth of the estimated global total, or between 110 million and 190 million people, experience significant disabilities, according to the World Bank.

People with impairments, on average and as a group, are more likely to experience adverse socioeconomic outcomes than people without such impairments. These may include less education, poorer health outcome, lower levels of employment and higher poverty rates.

In 2016, five apps received the PTA Mobile App Award. One of them was Smart Devices which helps people with impairments to switch on/off electrical appliances such as fans, lights, etc.

Tell Me is another Android-based voice application that helps people with visual impairment to get to know about their surroundings.

Roll Out is another app present on Google Play Store which provides information about all the restaurants and hotels that facilitate physically-challenged individuals.

iCataract provides a simple and low-cost self-operative cataract detection system which runs through mobile application. Last but not the least is Accurate Position Marking mobile application which assists people going through rehabilitation after injuries including head and shoulder injuries.

According to PWD’s statistics for 2012, there are about 710,995 people suffering from mental illnesses in Pakistan with only 330 special schools catering to them. According to a 2014 British Council report documenting the prevalence of people with physical or mental impairments in Pakistan, there is only one trained psychologist or psychiatrist for every 230,000 physically or mentally challenged people in Pakistan.

Information and Communication Technologies (ICT) can make significant improvements in the lives of people who are physically or mentally challenged. The start-ups have the potential to enable these people to enhance their social, cultural, political and economic integration into communities by enlarging the scope of activities available to them.

Kuwaiti investors asked to cash in on opportunities in Pakistan