Progre­ss on health warnin­gs and bans on indoor smokin­g has saved an estima­ted 35 millio­n lives in the last decade
By AFP
Published: March 6, 2018
Tweet Email 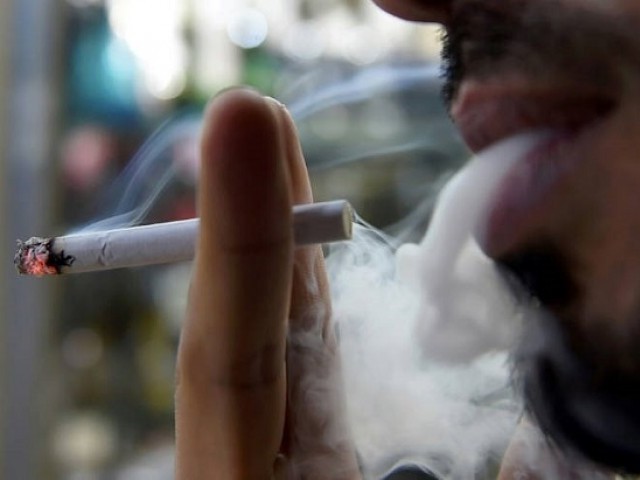 PARIS: Former New York Mayor Michael Bloomberg, who made his fortune selling financial data, has given more than a billion dollars since 2007 to curb global tobacco use, which claims nearly seven million lives every year.

Along with World Health Organization (WHO) director Tedros Adhanom Ghebreyesus and South African health minister Aaron Motsoaledi, Bloomberg will launch the World Conference on Tobacco or Health in Cape Town on March 7.

Q: What is your long-term vision for the global fight against tobacco?

A: If we could completely eliminate tobacco use today, it would prevent nearly one billion early deaths this century.

Ten years ago, one billion people were covered by a high-quality tobacco law, such as graphic health warnings and bans on indoor smoking. Today, five billion people are. That progress has saved an estimated 35 million lives.

The bad news is, as more cities and countries pass these laws, tobacco companies are working even harder to get new customers hooked – especially young people. They are marketing more in low and middle income countries, including in Africa, where smoking rates are lower and there tend to be less tobacco laws in place.

Q: What is the single-most effective measure that governments can take to reduce the number of tobacco deaths?

A: Raising taxes on tobacco is the most effective way to drive down smoking rates, particularly among young people. It is also the least widespread of all the proven tobacco control policies.

Q: Many countries collect huge amounts of money from tobacco tax revenues. China, for example, collects a trillion yuan (about $150 billion, 120 billion euros) annually. Does this not create a perverse incentive to maintain tobacco sales, even in the face of tobacco’s terrible health toll – a million deaths a year in China?

A: The revenues that countries collect from tobacco taxes pale in comparison to the costs imposed on society by smoking.
Something like one in every three men in China will die from smoking at current rates. Millions more will suffer from preventable, debilitating illnesses. That imposes a huge burden on society, in health costs and lives lost.

Q: Philip Morris International, the makers of Marlboro, has recently set up a the grant-giving Foundation for a Smoke-Free World? Is it credible?

A: The tobacco industry has one goal, and that is to make profits. When a company says it is supporting an effort to drive itself out of business, you have to ask: what is really going on here?

The fact is that Philip Morris International continues to aggressively market tobacco to children. They are fighting back against policies aimed at fighting smoking, including suing countries when they pass measures warning people about the dangers of tobacco.

Q: What do you say to the argument that tobacco users in 2018 know the dangers of lighting up, so government and civil society should not be trying to police their behaviour?

Nor is the cost of smoking limited to smokers: governments spend trillions of dollars each year treating preventable illnesses caused by smoking, not to mention lost productivity when people get sick or die.

Consumers are being bombarded with billions in ads to use these addictive products. We are working to hold the industry accountable and shine a light on its deceptive practices.

Q: Climate change is also one of your major preoccupations. Do you see any parallel between the tobacco and coal industries?

A: Both the coal industry and the tobacco industry have misled the public about the dangers of their products. Both have put profits above people’s health. Both have lobbied politicians to protect their interests.

The good news is: both are losing ground. The more people know about the health impacts of coal and tobacco, the less people support their use.