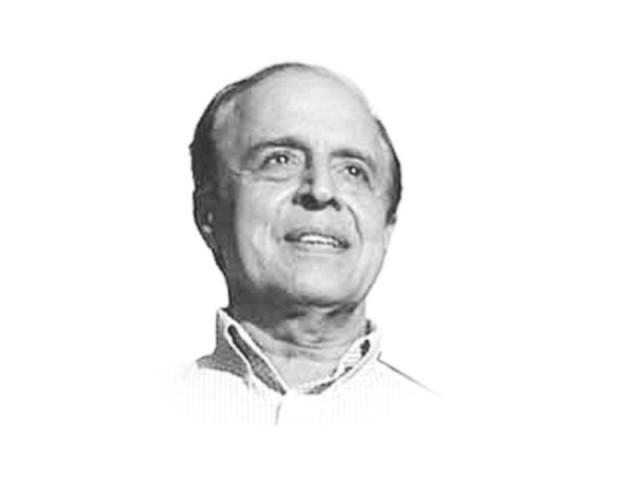 The writer is a freelance columnist based in Lahore. He can be contacted at pinecity@gmail.com

When all are equal before the law, why exclude some out of its ambit, for instance, the judiciary. To say that some institutions have an in-built accountability mechanism of their own may satisfy its members but certainly not the public. People never know how many belonging to sanctimonious institutions are tried and punished, because proceedings in the in-built accountability mechanism are wrapped in secrecy. Agreed that these systems in select institutions may be efficient and just, but what about the negative perception about two different legal systems, one for commoners and the other for the elite when the public exchequer sustains such institutions.

In fact, the judiciary should have insisted on being treated on a par with the commoners before the law, instead of being part of a select class with its own system of accountability by the Supreme Judicial Council. People expect judges to be sensitive enough to consider facing the same law under which they hand out justice to others.

Did any preferential classification in the legal system exist during the colonial rule? Perhaps not, as it’s generally believed that the whites administered impartial justice to all. Of course, a blatantly naked form of class discrimination did exist before the French Revolution in France when the privileged and unprivileged were officially recognised. The bloody outcome of which is part of European history.

In our case, people may not speak against the special accountability mechanisms for the elite segments of society but they resent it nevertheless. NAB during Musharraf’s rule targeted political opponents of the regime at the time but it failed to gain trust.

However, when the present government wanted to introduce an equitable accountability law by bringing the judges and the generals under a common legal system, two political parties — the PTI and the MQM — declined to sign the draft agreement. Even though both parties had been part of the process of drafting National Accountability Laws for almost a year and had principally agreed to all its clauses, both took an about-turn at the time of signing the bill.

Senator Farhatullah Babar, on whose initiative the proposal to treat judges and generals on a par with the common man had been taken up, was dismayed when the PTI and the MQM sabotaged the bill by declining to sign it. How did the two parties agree on a single-point agenda after having been part of the process for almost a year? Some mystery there. The newly-appointed NAB chairman shows much resolve to make the accountability bureau efficient and impartial.

Would $200 billion deposited in Swiss banks or $8 billion invested in real estate in Dubai attract his attention? So much of national wealth plundered and squirrelled outside the country is shocking.

The amount of outstanding national debt pales before Pakistanis’ deposits in Swiss banks. But the perception held by the public is that the process of accountability in the country is applied selectively and not impartially. There’s one set of laws for the common man and another for the select classes. Why should two systems of accountability exist when the basic human instincts and the urge for acquisition are the common ingredients between them? Why divide society into the privileged and unprivileged?