RTI under attack in Khyber-Pakhtunkhwa

RTI under attack in Khyber-Pakhtunkhwa

The attack­ers are none other than the bigwig­s of the PTI in the Khyber-Pakhtu­nkhwa govern­ment
By Muhammad Anwar
Published: March 3, 2018
Tweet Email 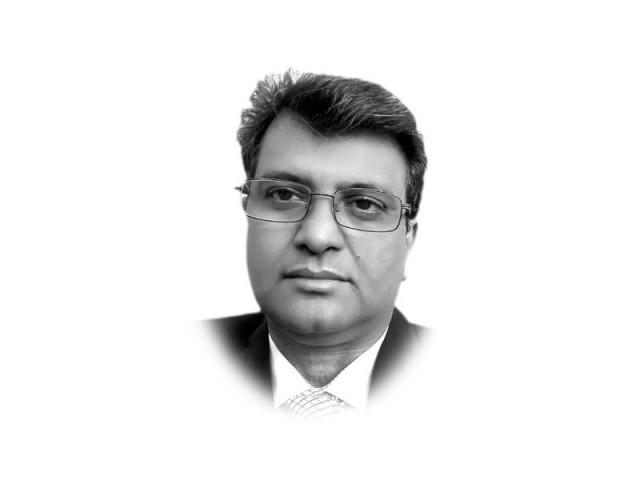 The Right to Information Act of 2013 has come under attack for the second time since its enactment. The attackers are none other than the bigwigs of the PTI in the Khyber-Pakhtunkhwa government, which enacted the law, took credit for it and touted it as one of the best pieces of legislation on RTI.

The first assault came in June 2015 when the K-P Assembly exempted all its members from the ambit of RTI through an amendment to the provincial law. The provincial assembly speaker took a naïve stance that the exemption was a pre-requisite for the ‘sanctity’ of the K-P Assembly. The honourable speaker was reminded that by more openness and transparency, the K-P Assembly would enjoy more respect, legitimacy and trust of voters and taxpayers.

The second assault was in the form of the K-P RTI Bill 2018, duly signed by provincial minister Shah Farman. It seems that the K-P government has postponed the tabling of this regressive bill in the assembly owing to the strong reaction by civil society, yet the contents of the bills are important to understand the vested interests and the forces of darkness.

The bill states ‘a requester while applying for information shall provide cogent and sufficient reasons with his request for information…. Which should prominently show that the information requested for is one of public importance’. The bill further defines public importance that ‘means and includes anything which directly concerns the public at large or which is in any way important to the public’. The drafter totally neglected the fact that citizens are the actual owners of the record held by public functionaries, and public entities are entrusted on citizens’ behalf to develop, maintain and protect records.

One does not need to ask the owners to explain the transfer of ownership. It is just like person A owes person B some money and when person A asks for its return, person B demands to know why person A needs his or her money. More than money matters, the right to access information held by public bodies is a fundamental right like the protection of life and property and you don’t ask people why they need protection of life and property.

The second regressive clause included in the bill is related to exemption of internal communication. A new section 18 (A) has been included which states: ‘A public body may refuse a request for information which pertains to the internal communication of such public body as a note sheets of a case file containing personal views of an officer, routine orders of the competent authority of a public body relating to assignment of a work for distribution of business, etc. if such information is not of public importance or otherwise serves a public interest’.

This proposed amendment to the K-P’s RTI law depicts a typical colonial mindset and considers citizens as some unwanted intriguers. Why would an officer, paid through my tax money, put his/her expert ‘personal’ views on some file and the citizens should not know the competency of that officer? What kind of record exists in public offices that does not fall in the aforementioned categories of internal communication? This exempts almost everything from the reach of citizens. Furthermore, it puts a heavy burden on the person requesting information to prove that such information does fall in the category of ‘public importance’ — a very vague term to begin with.

In August 2015, the K-P Right to Information Commission requested the provincial government to include three amendments to the K-P RTI law. These were related to the time-barred appointment of new commissioners whenever the vacancy occurred, making a division bench of the Peshawar High Court as appeal court against the orders of the commission and including the Peshawar High Court in the ambit of the K-P RTI law. It took two and a half years, thanks to the K-P law ministry, to finalise the amendment bill in such a regressive form. The K-P RTI commission has to write a letter to the chief secretary stating ‘the additional amendments are not only against the very spirit of the RTI law, but will significantly weaken it, thereby causing embarrassment to the incumbent provincial government.

Would the PTI central leadership care who caused this embarrassment and hold them accountable?