Selena Khawaj­a has set her sight on Mount Everes­t, the next peak she plans to summit­
By News Desk
Published: March 2, 2018
Tweet Email 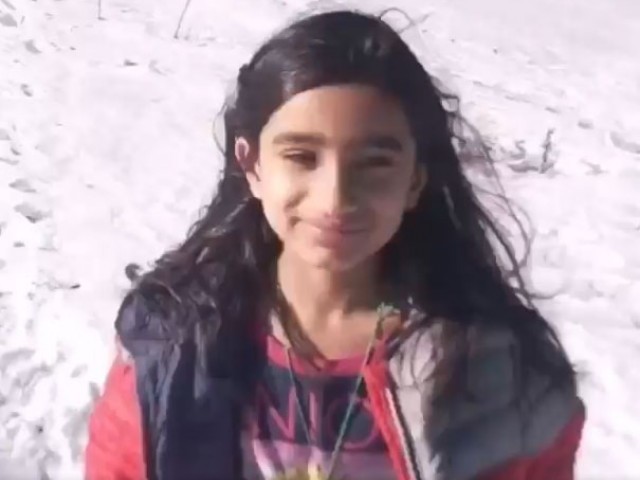 A 9-year-old girl has become the youngest to scale the 5,765-metre-high Quz Sar Peak in Hunza, Gilgit Baltistan.

The peak is located in the scenic Shimshal Valley in the north of the country.

Selena Khawaja told Gulf News in her first detailed interview that she has in her heart a special love for peaks as she is a resident of the mountain city of Abbottabad.

On climbing the peak on February 21, 2018, Selena said she felt “great”. “The view from the top of mountain is very beautiful,” she expressed.

“At 5,000 metres, I felt slight altitude sickness but my training and the support of my father helped me overcome it soon,” Selena shared her experience. The endeavour took more than 10 days, 7 of which were completely dedicated to the expedition.

And the little climber is not going to stop at that, as she has set her eyes on scaling Mingling Sar (6,050 metres), before heading towards Spantik Peak (7,027 metres) and Broad Peak (8,051 metres). The Broad Peak is the world’s 12th highest mountain.

“I aim to climb all these peaks this year,” said a determined Selena. According to her, she began physical training just last year in the Miranjani and Makra mountains.

Yousaf Khawaja, Selena’s father who accompanied her during her latest triumph, said, “when she started climbing at the age of 8, I sensed improvement in her activity within a month.”

“In less than one year, she was able to do Miranjani round trip in half the time,” he added.

Khawaja said, “Mount Everest was an impossible dream for an 8-year-old kid, but now we are on our way to achieve the goal within two years and will attempt it in 2019.”

“This young kid has made Pakistan so proud. We should appreciate and support her as she aims to climb Mount Everest and bring the title home,” a climber Umar Hassan said.

Some others were a bit skeptical on sending kids to scale such heights. One said, “high altitude climbing in winter season can be dangerous for young kids. We should ensure the kids’ safety first.”

Selena’s father disagreed, saying, “at the age 9, she is way more fit than a casual 20-year-old.”