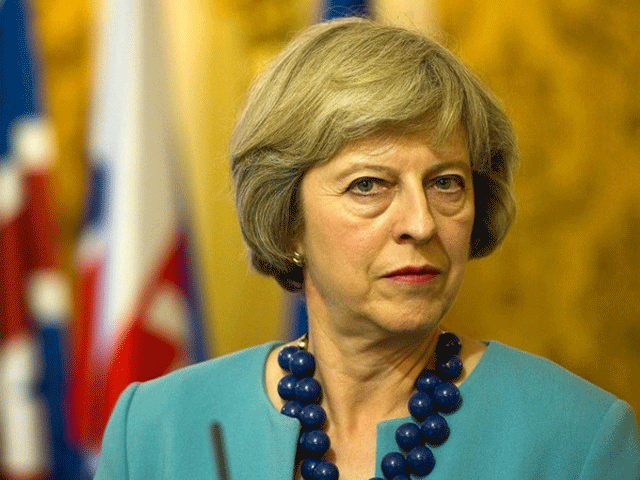 May said she remained "confident" of reaching a deal with the European Union. PHOTO: AFP

LONDON: British Prime Minister Theresa May said Friday that both London and Brussels will have to make concessions in Brexit negotiations, adding that she remained “confident” of a deal with the EU.

“We both need to face the fact that this is a negotiation and neither of us can have exactly what we want,” she said in a highly anticipated speech in London on Britain’s future relationship with the bloc.

May said she remained “confident” of reaching a deal with the European Union, while admitting Britain needed to “resolve the tension between some of our key objectives”.

“I want to be straight with people because the reality is we all need to face up to some hard facts.

IS OBOR establishing footholds in Europe in the wake of Brexit?

“We are leaving the single market, life is going to be different. In certain ways our access to each other’s markets will be different,” she said.

The prime minister called for a free trade agreement covering most sectors, going further than the deal signed between Canada and the EU but stopping far short of Norway which is a member of the European Economic Area.

“We need to strike a new balance. but we will not accept the rights of Canada and the obligations of Norway,” she said.