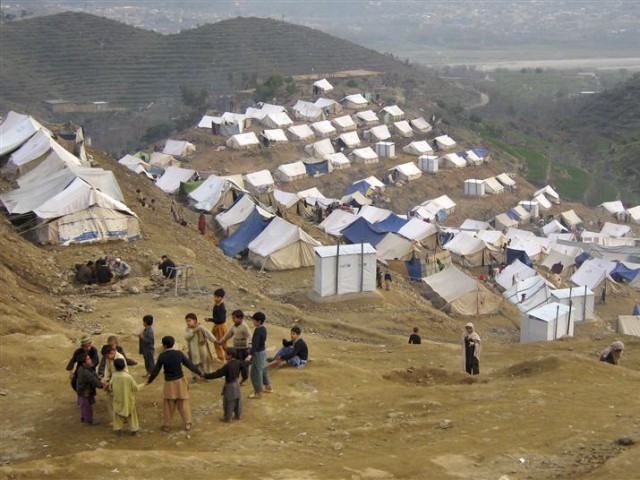 PESHAWAR: With the Federally Administered Tribal Areas (Fata) reforms on the back foot as political parties prepare for the forthcoming general elections, the abysmal state of the development budget of the region stares authorities in the eye – as fate of around 76% of the budget hangs in the balance.

The Fata Secretariat’s finance department put the annual development programme (ADP) for fiscal year 2017-18 at Rs24.5 billion, out of which only Rs5.8 billion have been utilised in eight months – giving the secretariat only four month to use Rs18.7 billion

The lack luster performance of the Fata Secretariat made it highly unlikely that the funds being earmarked for ADP can be utilised.

An official of the Fata Secretariat echoed the same sentiment as he confided to The Express Tribune, on conditions of anonymity, that the chances of employing the entire amount were bleak. He pointed out that as Ramazan is around the corner, utilising funds is near impossible as ground work comes to a grinding halt during the holy month.

Documents from the Fata Secretariat revealed that it managed to secure only Rs4.2 billion in the first quarter and Rs4 billion in second. It is pertinent to note that the amount for the second quarter of the fiscal year, i.e. October to December 2017, was secured on January 4, 2018 – one month after the period lapsed.

At present, funds worth Rs8.5 billion for the third quarter i.e. January  to March 2018 are yet to be secured from the federal government.

Speaking to The Express Tribune, the official further said that the funds were supposed to secure by second week of January. But with no activity on that account, there was a distant chance of the fourth instalment of Rs8.5 billion would be obtained, let alone utilised till June 2018 when the ADP will expire.

A sector-wise expenditure statement of the finance department of Fata Secretariat revealed the percentage utilisation against release of funds at 71%. The expenditure report placed social welfare at 28%, public health engineering at 53%, health at 54% and education at a whopping 60%.

The figures, however, were misleading as they factored in the first two quarters only. Taking into account the funds for third quarter, the figure falls drastically from 71% to a mere 35% – a 36% decline in percentage utlisation against release of funds.

An official within the secretariat blamed the finance department for failing to issue funds on time, alleging that the department intentionally delays release of funds for under the table transactions.

The woes for Fata seem never ending as around Rs10 billion earmarked for the fourth quarter are either bound to lapse or will be surrendered to the federal government. There is also a possibility that a budgetary cut may be imposed by the government keeping in view the inability of Fata Secretariate to utilise the budget.

The gaping holes in the governance are bound to impact the performance in the 10 year socio-economic development plan for Fata reforms where a Rs100 billion is scheduled to be allotted to bring Fata at par with the rest of the country.

While the proposals seem novel on paper, the reality of the mess created by the bureaucrats and officials at helm of affairs is revealed by the Fata Secretariat’s failure in implementing ADP.

In such a scenario, there is only one loser: the hapless tribal people.