Cement prices go up by Rs10 per bag in northern region

Cement prices go up by Rs10 per bag in northern region 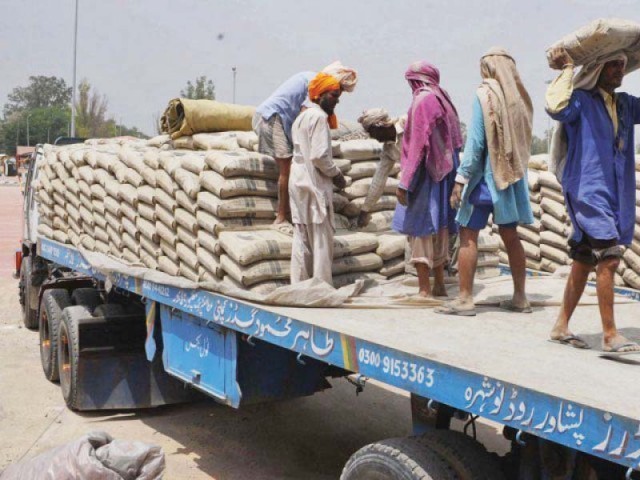 Cement prices in the south region remain unchanged and are unlikely to be raised in the near term. PHOTO: FILE

KARACHI: After deliberating for months, cement companies in the north have raised prices by Rs10 per bag, industry officials said on Thursday.

Rising cement demand in the region has given companies the confidence that demand will not be affected if prices are increased. In case the move does not affect sales, cement companies may go for a further increase in prices in the coming months.

“Cement companies wanted to pass on the impact of rising international coal prices to consumers for a while. Now they have decided to go on,” JS Research analyst Faizan Ahmed commented.

Most companies feel that this is the right time to raise prices as the winter season is ending and more people are going to opt for construction work, which results in higher cement demand in the market, he added.

After declining by Rs10 per bag in January 2018, cement prices in the northern region largely remained stable at an average of Rs505 per bag in February 2018.

However, with the recent hike of Rs10 per bag, cement prices in the region now stand at an average of Rs515 per bag. However, cement prices in the southern region remain unchanged and are unlikely to be raised in the near term with the average price already at a premium of 14% against its northern counterparts (average of Rs585 per bag), according to AKD Research report.

Cement prices in the north region declined by almost 11% or Rs60 per bag since June 2017, contrary to the south region where prices have so far remained stable.

Industry officials say cement companies in the north region were not able to increase prices because of a price war – a situation in which companies sell their products on a lower price to remain relevant in a competitive environment and keep market share intact.

“Our discussion with manufacturers suggests that a further hike in prices cannot be ruled out in coming months due to robust cement demand,” Topline Securities reported on Thursday.

This development should alleviate investors’ concerns over pricing to some extent. To note, north producers have been selling cement at a discount of Rs20-30 per bag for some months now despite stellar local cement demand.

South African coal prices, after peaking at $98 per ton in fiscal year 2017-18 to date, have come down to about $93 per ton as of last closing. Future contracts from October 2018 onwards are trading below $90 per ton. Higher local prices coupled with softening coal futures should provide support to margins of cement manufacturers in future, the research report added.