The featur­e connec­ts donors with those who requir­e blood
By Tech Desk
Published: March 1, 2018
Tweet Email 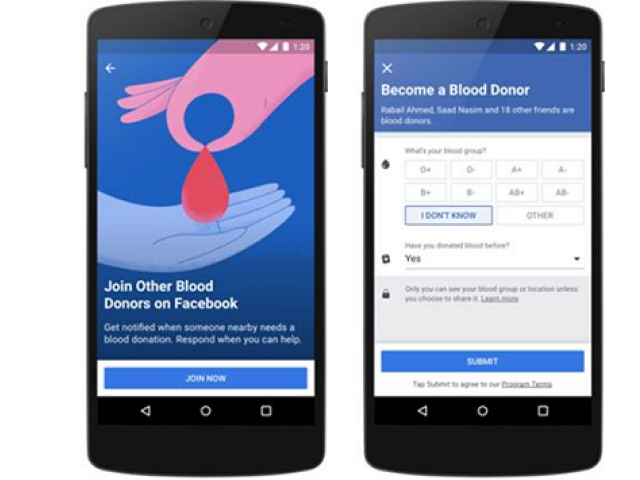 Facebook launched a new feature in Pakistan that makes it easier for people to find blood donors or become donors too. PHOTO: PRESS RELEASE/FACEBOOK

Facebook launched a new feature in Pakistan that makes it easier for people to donate blood or find blood donors.

“Pakistan, like many countries, has a shortage of safe blood. In some cases, this shortage means patients and their families are responsible for finding donors to replace the blood they receive from blood banks or hospitals,” according to a press release.

To make it more localised, an Urdu version of the new feature has also been made available on the main page. 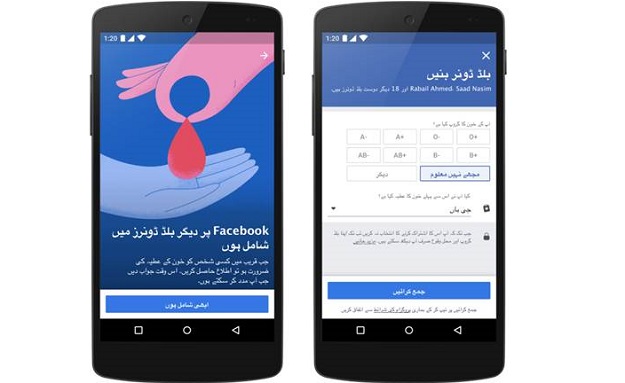 Facebook is working with non-profit organisations, “health industry experts, potential donors and people who have used Facebook to find blood donors” to ensure that the feature becomes a success and can be used by the ones who require it when in need.

“We hope that by increasing awareness and providing tools for people and organizations in need to connect with those who are willing to help, we can make it easier for people to donate blood,” said Hema Budaraju, Head of Product, and Health at Facebook.

The blood donation feature is not just for individual users but also for organisations; blood banks and hospitals. By default, your Private information remains confidential with the“Only Me” option chosen. You can, of course, change this in the options provided.

As far as the organisations are concerned, they can host blood camp events in Pakistan by creating an event on Facebook.

This feature will be available on Android, iOS, and desktop.