Pakistan, US ties must to defeat terrorism: Ahsan Iqbal

Pakistan, US ties must to defeat terrorism: Ahsan Iqbal 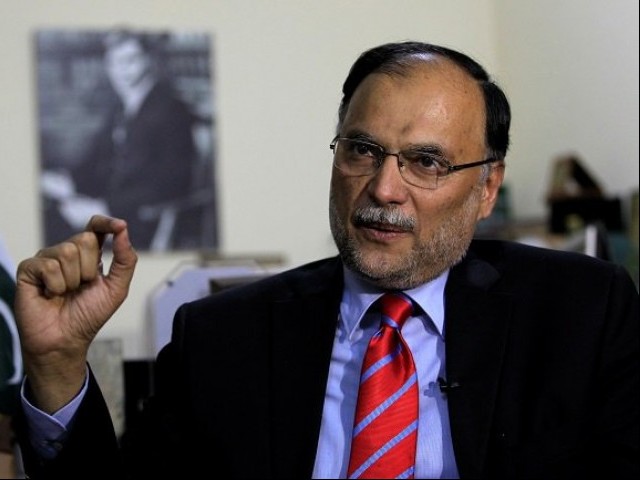 ISLAMABAD  : Interior Minister Ahsan Iqbal has said that relationship between Pakistan and the United States is necessary to defeat terrorism.

He remarked during a meeting with the US National Security delegation in Islamabad on Monday. The team was led by Senior Director National Security Council Lisa Curtis. US ambassador David Hale also attended the meeting.

Iqbal went on to say that both allies have the capability to be united for the regional peace and stability. He also wished for peace in Afghanistan.

Since Donald Trump’s tweet on 1 January against Pakistan, “gives safe haven to agents of chaos, violence and terror”, relations between the two countries have diminished to an extent.

The United States has foolishly given Pakistan more than 33 billion dollars in aid over the last 15 years, and they have given us nothing but lies & deceit, thinking of our leaders as fools. They give safe haven to the terrorists we hunt in Afghanistan, with little help. No more!