Chines­e invest­ment in agricu­lture abroad has soared to at least $94 billio­n since 2010
By AFP
Published: February 25, 2018
Tweet Email 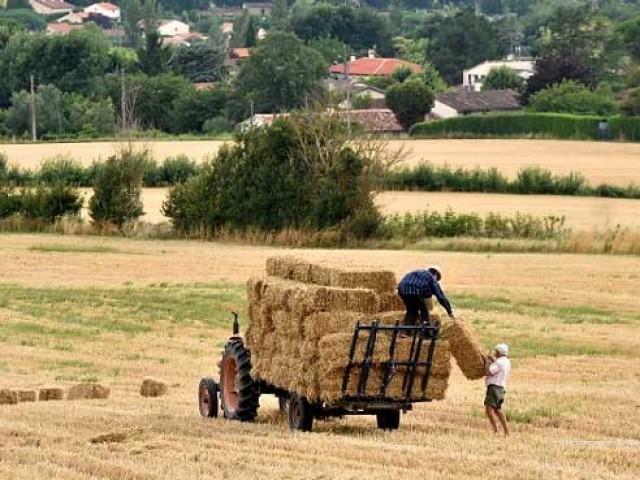 BEIJING: A Chinese tycoon’s purchase of vast wheat fields in France highlights China’s increasing acquisition of foreign farmland as the Asian giant seeks to keep up with its massive population’s growing appetite.

With 1.4 billion mouths to feed – one-fifth of the world’s population – but less than 10 per cent of the planet’s arable land, China has looked abroad to fill its food needs.

In addition to rising consumption, appalling food safety scandals at home have also boosted the appeal of imported products, seen as safer bets.

Chinese investment in agriculture abroad has soared to at least $94 billion since 2010, with almost half of that invested in the past two years, according to statistics from US-based think tanks, the American Enterprise Institute and the Heritage Foundation.

Private and state-owned Chinese enterprises have made investments covering nine million hectares (22 million acres) in developing countries as of 2012. But in recent years, attention has shifted to Australia, the United States and Europe.

Here are some of China’s biggest overseas agriculture deals:

In 2016, Chinese property developer Shanghai CRED went in with a local mining group to purchase the biggest ranch in the world – S. Kidman & Co in Australia, which owns 185,000 cattle and controls 2.5 per cent of all the country’s agricultural land.

The acquisition came on the heels of a controversial 2012 takeover of Australia’s largest cotton farm by Chinese company Shandong Ruyi.
Chinese food giants Bright Food, Yili and Pengxin have bought dozens of New Zealand dairy farms despite grumbling local farmers, and now churn out products there that are very highly regarded in the mainland market.

Pork producer WH Group, formerly known as Shuanghui International Holdings, bought US company Smithfield Foods for $4.7 billion in 2013. With debt included, the deal was worth $7.1 billion.

In 2013, reports that Ukraine – the breadbasket of Europe – would lease three million hectares of agricultural land to a Chinese group sparked a heated controversy, but the Ukrainians eventually denied the reports.