Actor will be sharin­g the screen with Alia Bhatt and Karish­ma Kapoor­
By Entertainment Desk
Published: February 25, 2018
Tweet Email 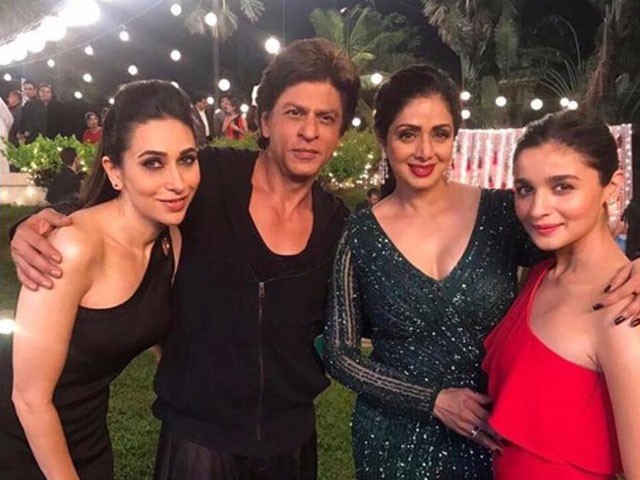 While the news of Sridevi’s untimely death has shocked the world, we might just get to see the Bollywood beauty on the big screen one last time.

The actor, aged 54, died after suffering a massive cardiac arrest in Dubai, where she was present with her husband Boney Kapoor and daughter Khushi Kapoor to attend a family wedding.

Early this year, Filmfare also nominated Sridevi for Best Actor in a Leading Role (Female) and Critics Best Actress for her role in Mom. While some may now say that Mom was her last film, there’s still more to come from the ace-actor.

According to Times of India, Sridevi will be making a cameo in Shah Rukh Khan’s next, Zero. The actor will be playing herself and share the screen with SRK, Alia Bhatt and Karishma Kapoor.

@farazmanan thank you so much for the beautiful outfit

With all the hype surrounding SRK’s role as a dwarf in Zero, fans will now flock into cinemas to see the legendary actor, Sridevi one last time.

Sridevi: A life in pictures