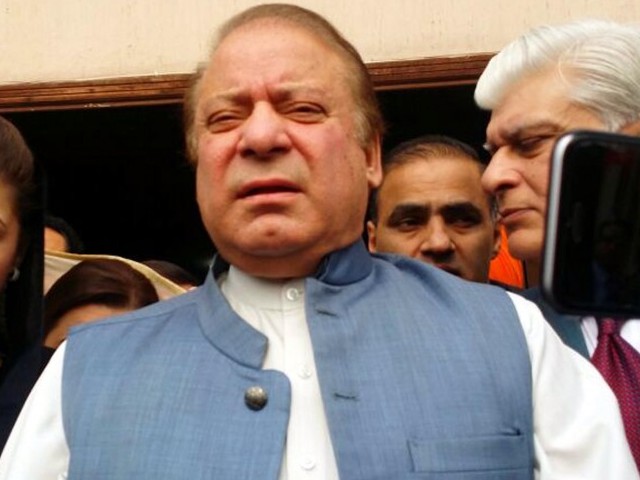 ISLAMABAD: Soon after the disqualification of party chief Nawaz Sharif, a fresh crisis seems to have hit the ruling Pakistan Muslim League-Nawaz as its Central Working Committee (CWC), the most powerful decision-making body, has lost its legality in light of the top court’s judgement. This makes it unable to elect the N-League’s president under the existing nomenclature.

However, after the Supreme Court’s decision on Wednesday to disqualify Nawaz Sharif from heading PML-N and declare all his actions as null and void taken after July 28, 2017 (when Sharif was disqualified in the Panama Papers case), the CWC has ceased to exist, PML-N sources told The Express Tribune.

Last December, Sharif, in his capacity as PML-N chief, had reconstituted the CWC and Central Executive Committee in a bid to exert his control on the party. “Disqualifying Sharif and nullifying all his actions taken as party president imply that the CWC and CEC reconstituted by him do not exist anymore. How can the CWC then elect party president if it has ceased to exist?” said a senior PML-N official while requesting anonymity.

Leader of the House in the Senate Raja Zafarul Haq, in his capacity as PML-N chairman, must now hold PML-N’s intraparty elections to reconstitute the CWC, which would then be authorised to elect the acting president, the source said. “Unless this is done, the CWC would lack any legality and would not be able to take any decision concerning the party including the election or appointment of PML-N president,” he said.

But Haq, who is also the CWC’s chairman, denied that the CWC ceased to exist after being reconstituted by Sharif in December. “Other than the president, the CWC also functions under chairman and in the presence of the chairman. It is wrong to say that CWC should not be functional just because the president is gone,” he told The Express Tribune.  The chairman conducts the proceedings of the CWC and PML-N’s General Council to elect the party president, he added.

But another PML-N source argued that the steps taken by the party president cannot be endorsed, supported, influenced or overruled by the chairman. This, he said, explained why the Election Commission of Pakistan refused to accept Zafarul Haq as the authority to approve PML-N nominations for the Senate which were earlier approved by Sharif.  Earlier on Thursday, senior party figures including Haq, Punjab Governor Rafique Rijwana, State Minister Tariq Fazal Chaudhry, and others went to the ECP and conveyed to the election authorities that an acting party chief would be appointed soon and asked that Haq be allowed to authorise PML-N nominations for Senate elections till the appointment of acting PML-N chief. However, the ECP rejected this request and later issued a notification that PML-N candidates who were issued tickets by Sharif could contest Senate polls as independent candidates.

Electoral affairs expert and former Election Commission of Pakistan secretary Kunwar Dilshad said PML-N CEC has ceased to exist in the light of Supreme Court’s verdict to disqualify Sharif as party chief and therefore, he said it needs to be reconstituted before electing party president. “If intraparty elections are not held timely to reconstitute CWC and then elect the party president, the ECP can suspend the PML-N’s electoral symbol, which, in a worst-case scenario, could subsequently lead to the cancellation of PML-N’s registration,” he told The Express Tribune.

In case the PML-N’s registration is cancelled, all its parliamentarians including members of the national and provincial assemblies, senators, as well as local government representatives would lose their memberships and would cease to hold party and public positions, Dilshad said.

“This would be a catastrophic situation and to avoid it, the PML-N needs to reconstitute its CWC. It’s not difficult…a symbolic exercise that needs to be done to meet electoral requirements. The Supreme Court’s orders are crystal clear – all the actions taken by Sharif as PML-N chief are null and void and his reconstitution of the CWC is no exception.”