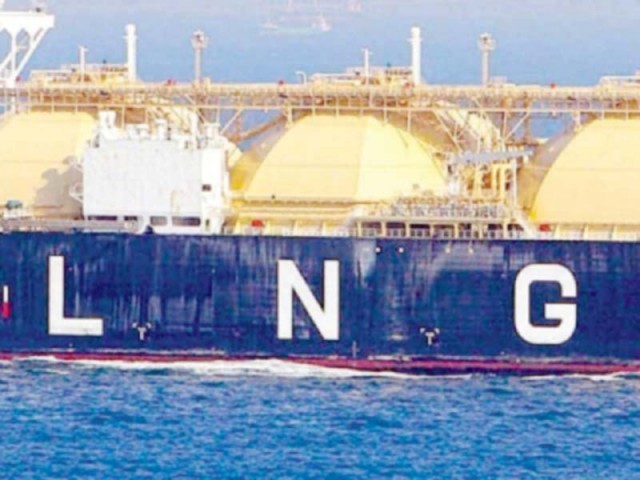 In a bid to step up gas purchases to bridge the energy deficit, the government has planned to ink import deals with different countries like Oman, Russia, Malaysia and Italy. PHOTO: FILE

ISLAMABAD: Italian energy major Eni is likely to capture a larger share of Pakistan’s liquefied natural gas (LNG) market by enhancing supplies to feed power plants in Punjab as both countries push ahead with a government-to-government deal for energy cooperation.

Already, Eni has secured a long-term contract for the supply of 100 million cubic feet of LNG per day (mmcfd) to Pakistan. It won the contract after competing with other companies in a tender.

Now, the two governments are working on a separate agreement without going through the bidding process. The Italian government has nominated Eni for LNG supplies.

Earlier, Eni had explored oil and gas reserves across the country.

At present, Pakistan has a 15-year LNG purchase agreement with Qatar on a government-to-government basis and gas imports are being handled at the first LNG terminal at Port Qasim. It has handling capacity of 600 mmcfd.

The second LNG terminal has also been set up to handle another 600 mmcfd to meet needs of three LNG-based power projects in Punjab that have 3,600-megawatt power generation capacity.

In a bid to step up gas purchases to bridge the energy deficit, the government has planned to ink import deals with different countries like Oman, Russia, Malaysia and Italy.

The cabinet, in a meeting held in the second week of February, was reminded that it had given approval on December 6, 2017 for inking an inter-governmental agreement (IGA) and issuing a Letter of Intent (LOI) to the Italian government. Thereafter, the Petroleum Division through the Foreign Affairs Division shared a draft IGA with Italy for its views and comments.

Later, the Italian government conveyed its intent to sign the IGA, saying the agreement would be supported by the LOI that would contain all operational details relating to the agreement.

The cabinet was informed that the Foreign Affairs Division had not objected to the signing of the proposed agreement from the political point of view and the Law and Justice Division had also cleared the IGA and LOI from the legal perspective.

Italian Ministry of Economic Development and Pakistan’s Petroleum Division will coordinate and exercise control over implementation of the IGA and LOI.

A subsequent LNG sale and purchase agreement will be executed by Italy’s Eni and Pakistan LNG Limited or any other relevant entity to be nominated by the Pakistan government.

The government has inked two contracts for LNG purchase that is being received at the second terminal. Eni is supplying 100 mmcfd under a 15-year contract at 11.64% of Brent crude oil price.

Global commodity trader Gunvor is supplying another 100 mmcfd in a five-year contract at the same 11.64% of Brent crude price.