US tells India to cut tariffs as trade friction heats up 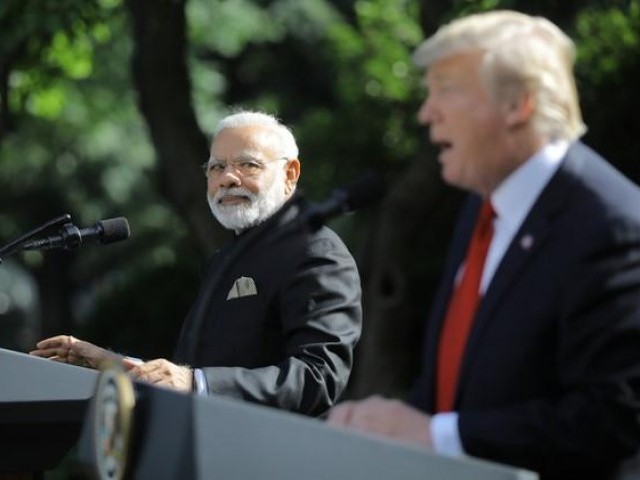 US businesses and diplomats are pressing India to cut tariffs, industry and government sources say, after New Delhi’s move to increase customs duties on dozens of products to help its flagship Make-in-India drive aggravated differences over trade.

Ford, which has two plants in India, has sought a reversal of the new tariffs on auto components, while Apple Inc is concerned its iPhones have become even more expensive in the price-conscious $10 billion smartphone market.

India and the United States have built close political ties and Prime Minister Narendra Modi was in Washington last summer, bear-hugging President Donald Trump in his personalized style of diplomacy. But trade friction is casting a shadow.

A US State Department spokesperson told Reuters India must lower trade barriers, which were holding back economic ties.

Trump has already called out India for its duties on Harley-Davidson motorbikes, and this month Modi ordered them cut to 50 per cent from 75 per cent for high-end bikes.

But that has not satisfied Trump, who pointed to zero duties for Indian bikes sold in the United States, saying he would push for a “reciprocal tax” against countries, including US allies, that levy tariffs on American products.

“It is important that India make greater efforts to lower barriers to trade, including tariff and non-tariff barriers, which will lower prices to consumers, promote development of value chains in India,” said the State Department spokesperson, referring to Trump’s comments on motorbikes.

The US Congress has been pushing over the past year for greater pressure on India to dismantle economic barriers, and now House Republicans have raised the issue of the new round of duties with New Delhi.

“We conveyed our concerns to the Indian government last week to raising tariffs above WTO rates – especially as it relates to information technology,” a Republican aide told Reuters.

India announced higher import tax on electronics products such as mobile phones and television sets in December, and then on 40 more items in the budget this month. These included goods as varied as sunglasses, juices and auto components.

India says the move is aimed at giving local industry the chance to grow and is part of a broader plan to lift the share manufacturing makes up of GDP to a quarter, from around 15 percent, and create the tens of thousands of jobs needed for a young workforce.

US commerce department referred questions to the US Trade Representative’s (USTR) office, where a spokesman declined to comment.

The Indian commerce ministry did not respond to a request for a comment on the US criticism of the import taxes.

But a senior finance ministry official defended the decision to raise duties, saying it reflected a trend in other parts of the world.

“When all the major economies, including the US and China, are following protectionist policies, why are we being questioned,” the official said.

The USTR’s office is “fairly negative” on India at this point and is analyzing the impact of the customs trade tariffs on various American companies, an industry source aware of the matter told Reuters.

“They are more vigilant than earlier, they are in bulldog mode under Trump,” the source said. A spokesperson for the USTR’s office declined to comment.

Even before the new round of hikes, India has been seen as one of the most protected major economies. The United States had an average tariff rate of 3.4 percent on imported goods in 2016. compared with 13.5 percent for India, according to the World Trade Organisation (WTO).

China, which the Trump administration is targeting for its trade practices, had an average tariff rate of 9.9 percent that year.

Apple, whose top-end iPhone costs nearly $1,700 after the company raised prices twice in recent months due to higher duties, is in talks with other firms on whether the issue could be raised at the WTO, an industry source said.

Apple did not respond to a Reuters request for comment.

Ford and European carmaker Volkswagen have written to Indian Finance Minister Arun Jaitley saying the new tariffs are going to hurt the auto sector and should be reviewed, sources said. 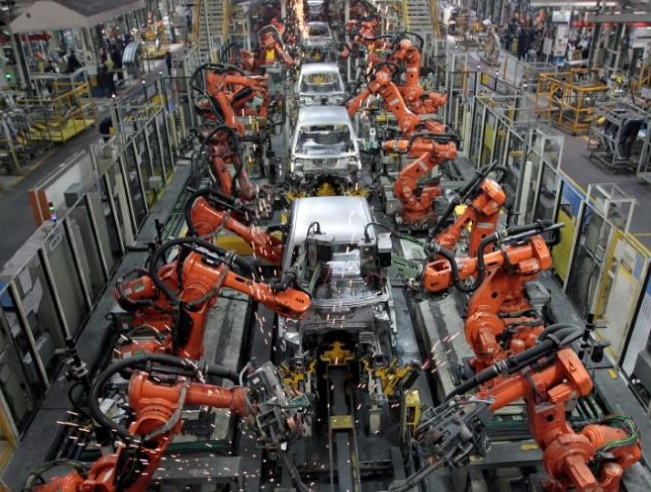 Ford cars are assembled at a plant of Ford India in Chengalpattu, on the outskirts of Chennai, India. PHOTO: REUTERS/File


Anurag Mehrotra, Ford India’s managing director, said the company has invested $2 billion in the country and the government’s move would hit the automobile sector.

“Like many, we also see it as the return of protectionism,” Mehrotra told Reuters, adding he expected car prices to rise up to 4 percent due to new duties.

Andreas Lauermann, the head of Volkswagen’s India unit said it “remains a challenge to invest further” because of sudden tax hikes. 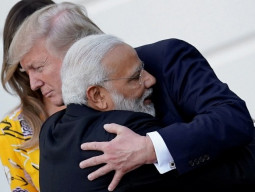 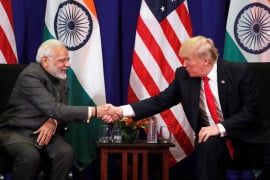 India, US, Australia and Japan in talks to build alternative to China's Belt and Road