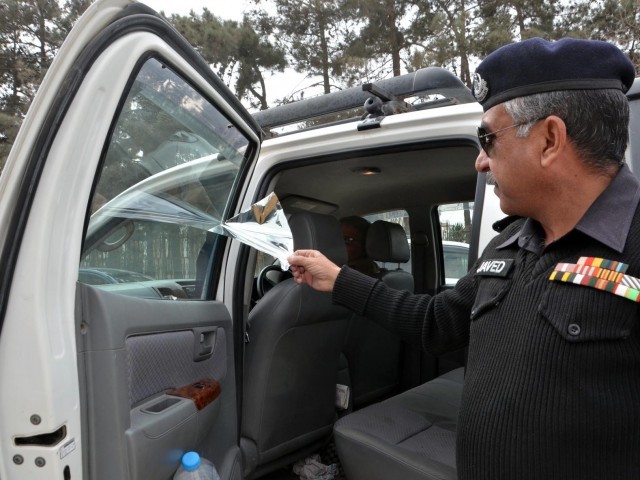 QUETTA: The Quetta traffic police on Thursday initiated crackdown against cars with fancy number plates and tinted windows as well as rickshaws without permits.

Traffic Superintendent of Police Javed Ahad and Deputy Superintendent of Police Shabana Habib along with traffic police officials conducted snap checking on Zarghoon Road, Science College Chowk, Imdad Chowk and in front of Civil Hospital. In the checking, 65 cars, motorcycles and rickshaws were challaned, while five rickshaws were confiscated for having no travel permits.

Up to 29 rickshaws were challaned while stuck in a traffic jam outside Civil Hospital. During checking, a Suzuki, three motorcycles and a Shahzore were also confiscated. The traffic police took down nets put on the side windows of five cars, tints on windows of two and 11 fancy number plates.