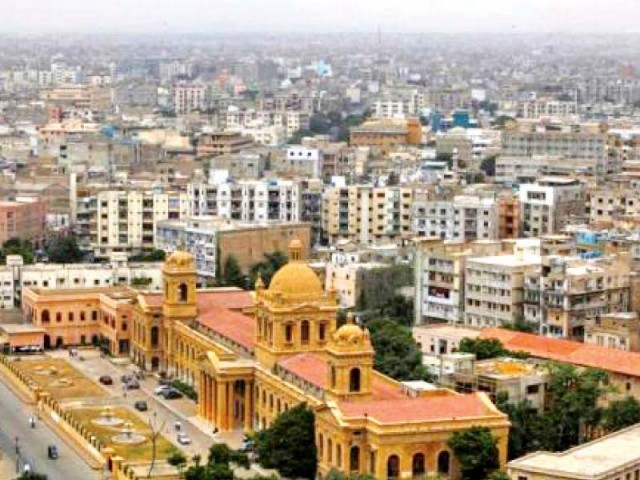 The plan is to visit Karachi, Lahore and Islamabad; see how companies are run and how regulators function, said Scheiber. “We need more of this; marketing Pakistan because there is a good story to be told so as long as things stay well in the next six months.” PHOTO: REUTERS

KARACHI: Tundra Fonder, a Sweden-based asset manager, is facilitating a visit of investors from its home country, looking to improve the image of Pakistan where it has invested close to $100 million across different companies through the stock market.

The move is part of its strategy to impart knowledge on one of its core markets where a relatively secure environment and a much more controlled energy situation has made several onlookers stand up and take notice of the near $300-billion economy.

With peace secure: ‘Focus must now turn to investment’

Jon Scheiber, chief executive officer and partner at Tundra Fonder that has assets under management of $400 million, said the “good story” in Pakistan needs to be told. “It’s a small step forward to see the changes in Pakistan; that the security situation is not as bad as the western media paints it to be, and that there are a lot of well-run companies here,” Scheiber, who has over 15 years of experience in the financial industry, told The Express Tribune in an exclusive interview.

“The delegation consists of Swedish investors and members of the business community. The plan is to visit Karachi, Lahore and Islamabad; see how companies are running and how regulators function,” added Scheiber. “We need more of this; marketing Pakistan because there is a good story to be told so as long as things stay well in the next six months.”

Scheiber’s six-month reference comes as Pakistan – with an economy growing at the fastest pace in a decade – braces for general elections this year, hoping for only the second democratic transition in power in its over 70-year history.

“The economy has grown at 5.3% per annum, energy and security situations have improved and then there is the China-Pakistan Economic Corridor (CPEC). Stocks are at attractive valuations.

“But there is a volatile situation ahead of us. With upcoming elections, political instability could peak. This could be a problem for investors.”

Scheiber’s comments also come at a time when, according to foreign minister Khawaja Asif, Pakistan narrowly escaped being placed on the global terror financing watch list, a move pushed by the US in the Paris meeting of the Financial Action Task Force. While member states failed to reach consensus on placing the country on the global list of countries that finance terrorism, there were concerns back home over possible repercussions as Pakistan struggles on multiple economic fronts.

A widening trade deficit has put pressure on the country’s foreign exchange reserves that have fallen to around $12.8 billion, from a peak of over $19 billion a little over a year ago. The country’s import bill in January alone touched $5.6 billion – highest in history.

The State Bank of Pakistan (SBP) did allow the currency to lose over 5% in December last year, letting the KSE-100 Index – a benchmark for market performance – to explore the north after a substantial correction in 2017.  The index gained over 15% in less than a month, but analysts and fund managers believe a further slide in the rupee could be expected.

“Fundamentally, the rupee could go to around Rs120 to the dollar,” said Shamoon Tariq, portfolio manager and partner at Tundra Fonder. “It may not weaken during the current government’s tenure, but it is likely to happen somewhere along the six-month period.”

While investors are likely to sit out and await rupee’s slide, still Pakistan has attracted substantial inflows in 2018.

Foreigners have remained net buyers of over $53 million worth of shares – till the end of trading on February 21 – a welcome sign of investment after a three-year period of profit-booking that saw over $1 billion fly out of the country’s stock market.

Tundra Fonder has also been one of the funds that has reduced its exposure in Pakistan, moving down from over $160 million to around $100 million from the period between November 2016 to January 2018. While there were several factors behind the decrease, Tariq said Pakistan remains an important market.

“There are quite a few factors to consider before investing in Pakistan. One cannot be emotional about it,” said Tariq.

“This is election year, so the government’s focus is on securing seats. It also depends on the results of the elections. If there is a hung parliament and alliances are formed, policy decisions could be stalled. Macroeconomic indicators are worrying and repayments to the International Monetary Fund (IMF) will start soon. There is a lot to think about.”

Pakistan’s debt repayment – it has accumulated close to $89 billion in external debt – is not just a worry for fund managers.

The government has tapped international debt markets repeatedly in its tenure to boost foreign exchange reserves, raising questions on its ability to sustain the growing economy. A low tax-to-GDP ratio and increased burden on existing taxpayers have also put pressure on Pakistan amid concerns that it will need to knock on IMF’s doors for another bailout – barely five years after it earned a package of $6.2 billion.

“I think debt repayment is a risk Pakistan is facing,” said Scheiber. “Let’s compare the situation with Vietnam. It has managed very successfully to attract foreign investors, completely unlike Pakistan.

“The perception is bad; there is a lot of instability. When investors don’t wake up to headlines of riots and instability, and there is peace, economic fundamentals will do the talking.”