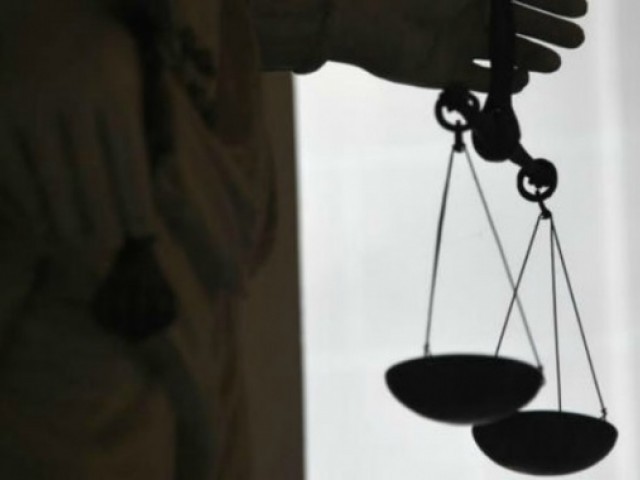 ISLAMABAD: The Supreme Court of Pakistan (SC) has granted reprieve to a woman on death row for the last eight years, converting the sentence into life imprisonment.

In 2010, Nazia Anwar was accused of fatally stabbing her friend over the repayment of Rs5,000 loan. She was convicted by a trial court under Section 302(b) of the Pakistan Penal Code (PPC) and sentenced to death and a heavy compensation.

Allegedly, Nazia had caused multiple injuries to her friend Fahmeeda Bibi on October 12, 2010 following a heated argument over the repayment of the loan at the deceased’s home in the jurisdiction of Rawalpindi’s Saddar Bairooni Police Station.

Undeterred, Nazia then appealed to the SC where a three-member bench, headed by Justice Asif Saeed Khosa and comprising of Justice Dost Mohammad Khan and Justice Syed Mansoor Ali Shah converted her death sentence into life imprisonment by majority of two against one.

Justice Dost Mohammad did not affirm with the majority as he voted in favour of her acquittal.

The SC order, issued in the second week of February, reads that the motive behind murder as asserted by the prosecution remained unproven. “The law is settled that if the prosecution asserts a motive but fails to prove the same then such failure on the part of prosecution may react against a sentence of death passed against a convict on the charge of murder.”

The judgement, authoured by Justice Khosa, reads that the a thorough inspection of the entire record of the case had proved beyond doubt that Nazia was responsible for the murder but the story of prosecution had many inherent obscurities ingrained therein.

“It is intriguing as to why appellant [Nazia] would bring her four-month-old child to the spot, place him on the floor and belabor the diseased with a dagger in order to kill her,” the court order states. “I have, thus entertained no manner of doubt that real cause of occurrence was something different which had been completely suppressed by the both parties to the case and the real cause of occurrence had remained shrouded in mystery.”

The SC maintained the order of trial court to pay compensation to the heirs of the deceased.