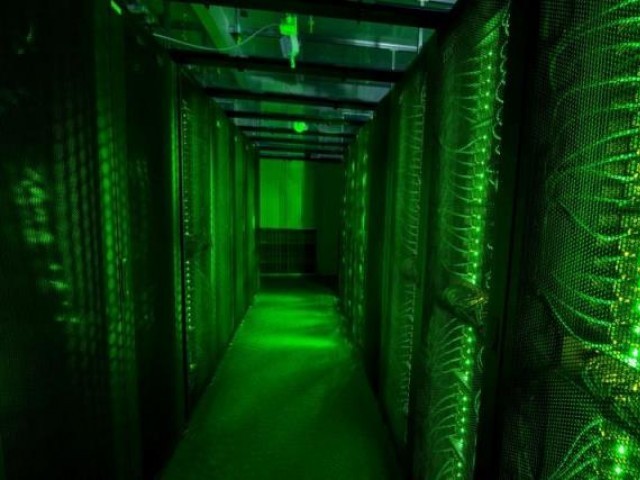 Blockchain to be used for humanitarian aid PHOTO: REUTERS

Blockchain, the technology behind the cryptocurrency bitcoin, is taking root in a sector far from finance: the world of humanitarian aid.

By offering refugees a virtual identity, reassuring donors that their money is being well spent, or rushing funds where they are needed most, aid charities are experimenting with the technology in the hopes that it can improve their work.

“We are at the very beginning. There is a lot of hype,” said Christopher Fabian, leader of UNICEF’s Ventures Fund, which invests in open source technology solutions.

At the end of 2017, UNICEF — the UN agency dedicated to protecting children — brought together Russian-speaking blockchain experts in a meeting in Kazakhstan.

The goal? To develop a “smart contract” that would facilitate transactions between the organization and its numerous partners for deliveries and payments, if certain conditions were met.

“It totally failed, but we learned a lot from that and will do the same challenge this year in Mexico,” Fabian admitted, adding that he could envision a host of future projects using blockchain for the “social good” — even if most of them will fail.

But the agency is thirsty for innovation.

Its French office has also launched an operation dubbed Game Chaingers (for blockchain), which challenges tech geeks and gaming enthusiasts to install on their computer’s software aimed at creating Ethereum, a virtual currency, to help Syrian children.

Blockchain allows users to create and spread information across a large network of computers, which its proponents say lends it both transparency and security. And the applications for the technology are multiplying quickly.

For aid and development groups, blockchain can come in all shapes and sizes.

Aid donors could, for example, trace their contributions as they spread across an organization. The platform Disberse, supported by a network of 42 humanitarian groups, already road-tested this application by tracking money sent by a British association to four schools in Swaziland.

In theory, the technique can reduce transaction costs, fight corruption by making everything transparent, and allow a better record of where food aid is directed, or make sure that medicines are not counterfeited.

Those in charge of programs that directly send money to people in need also see it as a way of more easily controlling the disbursement of funds or avoiding use of financial intermediaries such as banks, which might also take a cut.

“In the old days, we were delivering aid at the back of the truck,” said Alex Sloan, a consultant at the World Food Programme’s Innovation Accelerator, which works with start-ups and others to help fight hunger.

“Now, we are moving toward distributing cash to our beneficiaries, in the form of actual cash, through vouchers, e-cards, et cetera.”

Australia first to use blockchain technology in stock exchange

Sloan’s organization has already field-tested a pilot project in Jordan’s Azraq refugee camp, where Syrian refugees can use iris-identification technology at a cash register to buy food and supplies.

The amount of money is then passed on via a blockchain-based computing platform.

The program is currently private and used only by the WFP, making it more of a database project than a real blockchain.

But Sloan said it could serve as a “tool to bring different partners and organizations together to collaborate and make the industry much more effective.”

The expansion of blockchain is not without risk.

Besides the technical constraints, such as the need for an internet connection, blockchain poses some basic questions about governance and data protection.

How to ensure, for example, that key information about refugees is not hacked by dictatorial regimes? Who authenticates the data? Which countries accept virtual portfolios?

“It’s hard to navigate the regulatory environment or the lack of it,” said Rosa Akbari, technology advisor at the US charity Mercy Corps.

Her group recently teamed up with tech giants Microsoft and Accenture for the ID2020 Alliance, working on a virtual identity model to help refugees.

“We need to have more understanding of what is going on and we want to have a seat at the table,” said Akbari.

Blockchain has enormous potential but still has a long way to go, she said.

In fragile states, and dealing with people facing great hardship, “there could be some scary implications if we don’t do it responsibly,” she said.