Says countr­y has got third opport­unity to take off since its birth
By Our Correspondent
Published: February 18, 2018
Tweet Email 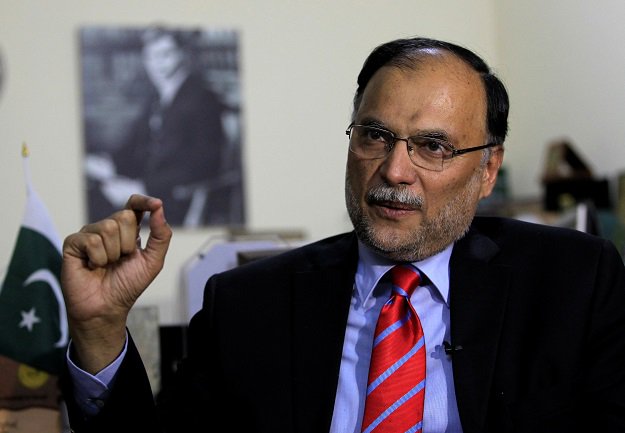 LAHORE: Pakistan has rapidly emerged as one of the top five emerging economies in the world in recent years and the world is admitting it, declared Federal Minister for Interior Dr Ahsan Iqbal.

“In the eyes of world media, Pakistan is no longer a place of danger. The same media which declared Pakistan as a safe haven for terrorism is now calling it an emerging economy and safe haven for Chinese investment which has topped the chart in foreign direct investment (FDI),” he said.

He was speaking at a conference titled “CPEC – Myths and Realities” organised by the Institute of Chartered Accountants of Pakistan (ICAP) on Saturday.

The minister emphasised that Pakistan had got the third opportunity to take off since its inception and its new identity was only because of the China-Pakistan Economic Corridor (CPEC) and the investment it was bringing.

“New roads, highways, railways, airports and Gwadar Port are to be built and developed according to the blue print of this ambitious project. Pakistan will be a major connecting link with various Asian economies,” he said.

By August 2013, Chinese FDI in Pakistan had stood at the 13th spot, but in the next three years it became the top country in FDI inflows as a result of strategic economic partnership between the two states. Iqbal told the audience that the biggest-ever CPEC private investment worth $5 billion was going to the Thar coal and power project and the coal deposits there were equal to the oil stocks of Saudi Arabia and Iran.

“We have wasted 70 years to tap coal; now because of CPEC coal stocks are being exhausted to cater to the needs for 400 years,” he said.

The minister pointed out that Pakistan required significant foreign exchange reserves and increased exports, adding Gwadar Port and city would help achieve the target through trade with Central Asia and other regions.

He said the country needed $20 billion in FDI to accelerate its annual growth rate, adding the government was expected to achieve its 6% growth target this year despite a political crisis.