'Media has power to shape or mould opinio­n in the societ­y'
By News Desk
Published: February 16, 2018
Tweet Email 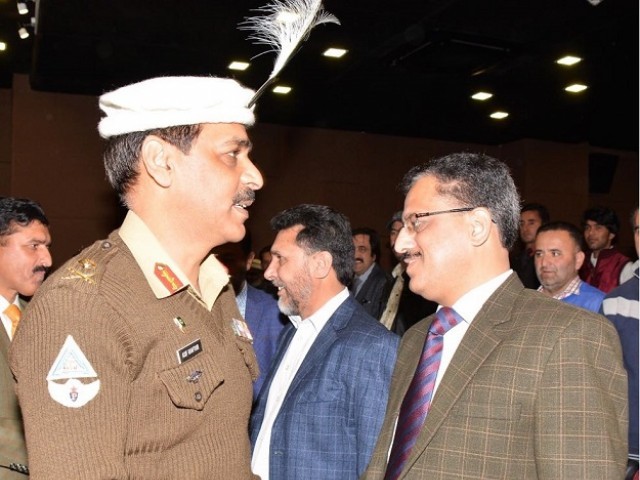 According to an ISPR statement, a 25-member group of journalists apprised Director-General (DG) ISPR Major-General Ghafoor on the efforts taken by media in AJK.

Acknowledging their contribution, DG ISPR said that the “media has the power to shape or mold opinion in the society.

“We appreciate the work done by AJK , G-B and Hazara journalists to build the good, prosperous and soft image of Pakistan within meager resources,” he added. 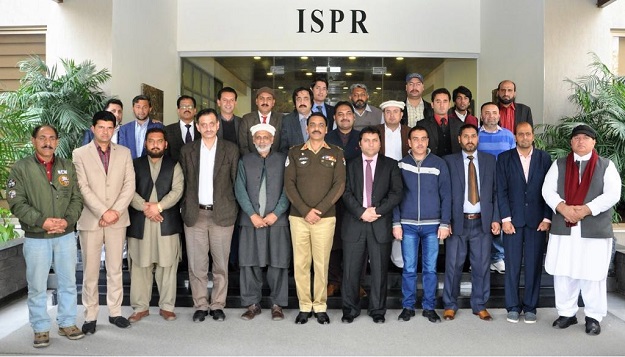 Ghafoor highlighted that Pakistan had given matchless sacrifices during the recent terrorist attacks across the country. “It is time to forge unity among all our ranks to defeat the enemy’s design,” he said. “Pakistan’s enemy is the only one which has smartly waged the indirect war on both of our eastern and western borders,” he observed.

The journalists thanked DG ISPR for hosting journalists and urged to organise events that promoted national integration from Kashmir to Gilgit and Hazara.