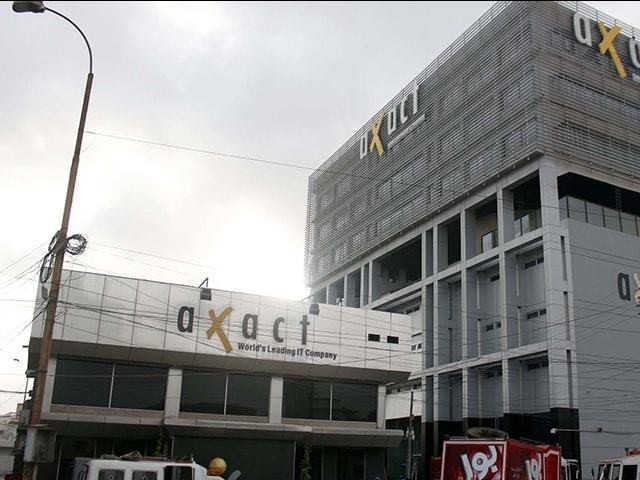 ISLAMABAD: The Islamabad High Court removed a judge from service on Thursday for taking a Rs5 million bribe to acquit Shoaib Ahmad Shaikh and others in a case relating to the Axact fake degree scam.

The registrar of the IHC has issued a notification removing Additional District and Sessions Judge (ADSJ) Pervaizul Qadir Memon from service, several officials of IHC confirmed to The Express Tribune.

“The Chief Justice, as authority, on taking into consideration the record and personal hearing afforded to him and having found the accused officer guilty of the…charges, hereby order that major penalty of removal from service be imposed upon Pervaizul Qadir Memon, ADSJ [under suspension], with immediate effect,” the IHC registrar’s notification read.

The judge had allegedly admitted receiving a Rs5 million bribe to acquit Shaikh and others while concluding trial. The case surfaced after Memon admitted before the IHC that he received bribes to acquit the suspects.

The IHC’s show-cause notice issued to the judge had read that the he “committed an act of corruption by receiving illegal gratification to the tune of Rs5 million for the acquittal of accused [Shoaib Ahmed Sheikh] through judgment dated 31.10.2016.”

“You admitted the above stated act of corruption before the Departmental Promotion Committee comprising Justice Shaukat Aziz Siddiqui and Justice Mohsin Akhtar Kayani,” read an office order of the IHC issued on June 9, 2017.

The committee had recommended “removal from service being not fit for the position of additional district and sessions judge”.

The fresh notification states that the IHC’s chief justice “issued a final notice to the accused officer to show cause as to why he should not be removed from service” after perusing the recommendation of the departmental promotion committee.

The Axact case had surfaced in May 2015 when The New York Times published a report which claimed that the company sold fake diplomas and degrees online through hundreds of fictitious schools.

A senior Axact employee, Umair Hamid, who was arrested in the US last year, has pleaded guilty and been sentenced to jail by an American court on charges brought against him for his role in the multi-million dollar fake diploma scheme being run by the Karachi-based IT company.

During the trial in the court of Judge Memon, the prosecution had argued that the Federal Investigation Agency (FIA) had recovered bogus degrees from Axact offices and that the company had fraudulently sold these degrees to clients in various countries and brought a bad name to Pakistan.

The FIA had stated that an enquiry was initiated against Axact for preparing and selling degrees of fake online educational institutions with fake accreditation bodies, enticing innocent people in Pakistan and abroad through impersonation as student councillors to pay extra for their fraudulent legalisation and attestation through various governmental institutions and officials.

Consequently, several raids were conducted across Pakistan, including a raid at the office of Axact located in DHA Islamabad on May 19, 2015.

During the on-spot interviews, the FIA had maintained, the regional head and other officials could not provide a justifiable explanation regarding their online fast track Prior Learning Assessment (PLA) education operation.

The FIA had further added that statements of some of the employees clearly showed that their sale agents were impersonating highly qualified councillors of fraudulent, non-existent, fictitious educational institutes pretending to be based in the US as they used American Universal Access Numbers.

The statements had added that they persuaded students to deposit large sums of money in offshore accounts operated by Axact Islamabad Region in lieu of online degrees, certificates, and diplomas and the attestation, legalisation, and accreditations of these degrees from fictitious bodies.

The counsel for the Axact CEO had maintained before the trial court that the FIA could not produce substantial evidence against the suspects.

While concluding the trial, Judge Memon had acquitted the Axact officials for lack of evidence in October 2016.