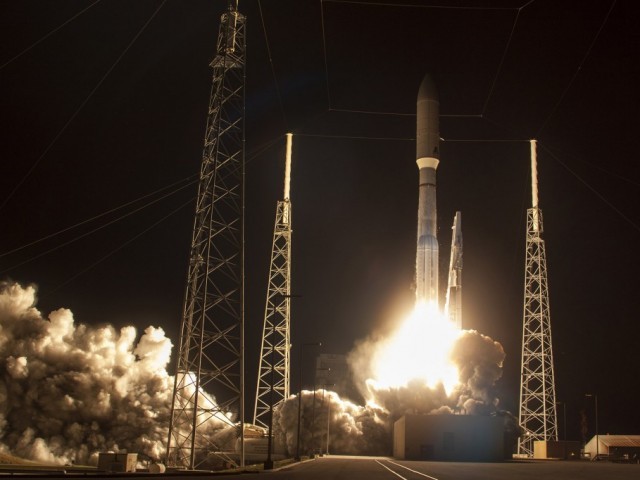 Russia and China are developing “destructive counter space weapons” which could be ready to use in “the next few years”, according to a US intelligence report.

New “anti-satellite” (ASAT) weapons could be used in future potential wars against the US, the report warns. It says they would be used “as a means to reduce US and allied military effectiveness”.

The Director of National Intelligence’s report, which is based on information gathering by the FBI, CIA and National Security Agency, says recent military reforms in both China and Russia “indicate an increased focus on establishing operational forces designed to integrate attacks against space systems”.

US military puts China and Russia at heart of strategy: Mattis

The document states: “We assess that, if a future conflict were to occur involving Russia or China, either country would justify attacks against US and allied satellites as necessary to offset any perceived US military advantage derived from military, civil, or commercial space systems.”

According to US intelligence, China has already begun initial testing for counterspace weapons, and has formed specific military units to operate ground-based anti-satellite ballistic missiles.

“Russia probably has a similar class of system in development,” the report says.

In addition the US believes China and Russia are building “directed-energy weapons” which would include lasers, and could be used to damage sensitive space-based equipment.

After this, the report adds: “Of particular concern, Russia and China continue to launch ‘experimental’ satellites that conduct sophisticated on-orbit activities, at least some of which are intended to advance counterspace capabilities.”

The US report comes weeks after a Russian report made similar accusations about Washington’s military intentions.

Last month the Russian Foreign Minister, Sergey Lavrov, said the US aimed to place weapons in space and that the country had rebuffed a joint attempt by Russia and China to strike a wider agreement on the “militarisation of space”.

China ‘as big a threat to US’ as Russia: CIA chief

He said: “All other countries understand the urgency of this problem but the United States continues nurturing plans to militarise outer space, in the sense of the deployment of weapons in outer space, which will, naturally, add another negative dimension to the problems of international security.”

Despite US concerns about Russia’s capabilities, industry experts recently told The Independent that the country’s space programme was “near collapse”, after several failed rocket launches.